Puff grew up in Atlanta, yet his family never made it to Myrtle Beach. I kinda thought that was some strange rite of passage wherein every single family had to pack up the mini-van and head to the "Redneck Riviera" at least once. (Once was all we made it in my family... my mom's sorta kinda a travel snob. Now you know where I get it!) 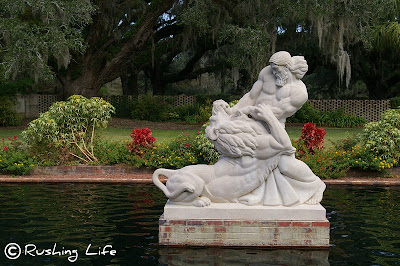 So, when Puff and I were given the opportunity to stay at the fancy pants Marriott resort in MB for a total of $100 for a weekend (never mind the timeshare tour we had to take) I jumped at the chance. I also tried to find some stuff for us to do that was more appropriate for our taste, so we ended up spending the bulk of Saturday wandering Brookgreen Gardens. Being late October, we weren't sure it would be very pretty, but were pleasantly surprised. It was the perfect t-shirt and jean kind of weather. 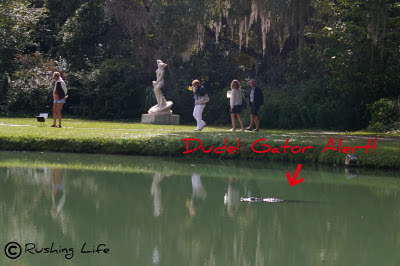 And this lone gator that was in one of their ponds was really concerning me. Those other people didn't even notice. I suppose that's why occasionally I support Darwin's theory... survival of the fittest would've been pretty awesome to see in action to watch those idiots in their plaid shorts, cardigans, and loafers get attacked by an alligator. ::Insert halo:: 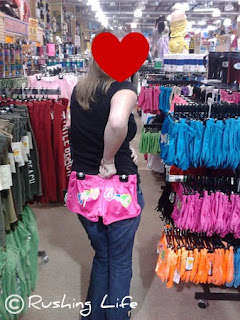 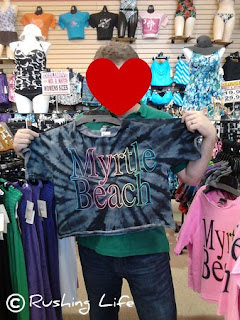 Of course, no trip to Myrtle Beach is complete without a stop at one of the 2934083 tourist shops hawking Confederate flag beach towels and baby sharks in jars. We spent more time here than I care to admit... all just looking for a magnet. (I collect them from my travels!) But of course, we had to revel in the abundance of tackiness. You don't get to do that around home very often! 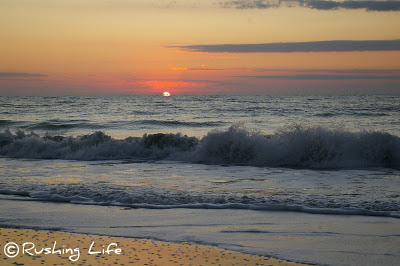 Sunday morning, we were up crazy early, bundled in hoodies and jeans, to take in the sunrise. The vantage point of our hotel on the beach was pure perfection. It had been years since I had experienced a sunrise on the beach. And it was made that much more special by getting to share it with my wonderful husband!
The funniest thing of all was that we ended up liking it way better than New Orleans! Who would've thought that history and charm and cobble stoned streets (plus daiquiris at all hours of the day) would be trumped by ferris wheels and marsh views over broiled shrimp and hush puppies? We won't be rushing back any time soon (especially not during peak season) but maybe in a few years we'll take our kids. And I'll get to play some putt-putt golf!
Posted by Gail at 10:45 AM
Email ThisBlogThis!Share to TwitterShare to FacebookShare to Pinterest