I'll try to cut back on the baby updates here, but I've got about 13 weeks worth of Spanx-wearing to catch you up on! 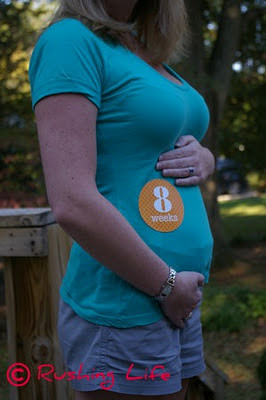 Since I'm crazy obsessed with photos (in case you didn't notice) there was no way I wasn't going to document this pregnancy to the fullest. So, in some cruising on Etsy, I stumbled across some belly bump stickers and I had to have them. Plus, I can repurpose them in scrapbooks later on. I'm always thinking people. 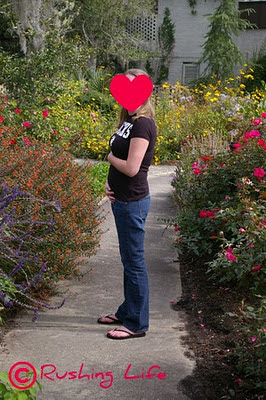 The 9 week mark was celebrated in Myrtle Beach (HERE). Overall, Bimmer cooperated other than a few overnight binges of donuts and crackers in the hotel bathroom so as to not wake Puff. And that Sunday morning dry heaving in the hotel hallway, followed by a mad dash back to the room, which concluded with me curled up in the bed, overlooking the ocean, watching HGTV, while Puff went to the pool. This kid is totally gonna owe me one.
It was, however, between weeks 9 and 10 that I discovered my "pregnancy pants." They're a pair of J. Crew lounge pants that we scored at the outlet mall for like $25 that was the best investment EVER. I'm pretty much sure they will be a staple of my wardrobe until May. And the bigger I get, I will probably be less inclined to care what others think, and will probably end up wearing them in public. No shame, people. None at all. Oh, and this was also the week I broke down and bought a size 12(!!!!!) dress pants to hopefully get me through a bit farther. They were too big to wear still, but they were on great sale at Banana Republic, and I figured they'd give me a bit more time before having to succumb to maternity-wear. I'll keep you posted on when they actually start/stop fitting! I did officially start showing (noticeably to me and Puff, anyway) at the 11 week mark. Which didn't make hiding it at work for another few weeks any easier! 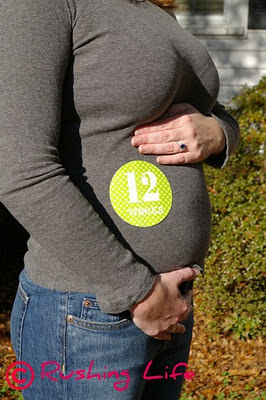 Making it to 12 weeks without hating this unborn child was a bit of a miracle. I have my moments. I try not to, but when you're literally feeling sick to your stomach every waking minute (including the waking up in the middle of the night three times to dry heave minutes) it's really, really hard to enjoy being pregnant. I know, without a doubt, this is going to be the most rewarding thing I've ever done with my life... to hold that little miracle. But for the love of Troy Aikman, it's going to take a lot of convincing (or post pregnancy amnesia) to get me to agree to do this a second time around! (Even after anti-nausea pills, I still never felt "right.")
I hear there are perfectly good babies in Guatemala that could use adopting.
Posted by Gail at 9:48 AM
Email ThisBlogThis!Share to TwitterShare to FacebookShare to Pinterest

Haha...oh dear! I am one of those that does not like to be pregnant! I also accuse every woman I hear who says "Oh, I love to be pregnant!! I never feel better!" of being absolute, blatant liars!! After 4 pregnancies I can honestly say I hate being pregnant, but the rewards are so worth it! ;-)