Not so long ago, I posted HERE about the city of Columbia. So I thought I would continue with my little travel tour of my great state and introduce you to a city that probably not many of you know about... Greenville. In fact, for the 7 years I lived in Columbia, I visited Greenville only a handful of times (typically for concerts, or for visiting a friend) and I never got to actually see much of the charms. Now? Well, Puff and I frequent the area quite regularly, since it's at the base of the mountains. And we all know how often we like to go get our nature hike on.

First and foremost, their downtown is totally awesome. They revamped it within the past X number of years and it now boasts some super awesome boutiques, like Wish (which doesn't have a website!) And while there are several locations now around the state and NC, you can't pass up a stop at Mast General Store to stock up on candy from their giant barrels at the back. I sometimes want to go swimming in them! And always pick up a French Chew to gnaw on later. For food, our all-time faves are Rick Erwin's and its sister restaurant, Nantucket. The steaks at the original are heavenly (and not that unreasonably priced) and the blackened halibut at Nantucket will literally make you jizz yourself. Oh yeah... and both places feature hands-down the best, most awesome, raspberry martinis I have ever had! Did I mention the city has parking garages that are free on nights and weekends too? Score!!! 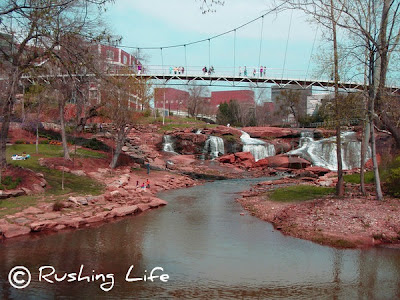 Another awesome feature of Greenville is their Falls Park. I remember visiting it with The Ex and Kimhead years ago for the first time and never quite realizing how spectacular it was. It's literally right in the middle of town! You can feed the ducks at the top of the falls and then picnic at the bottom. We have hit up several festivals throughout the years that work this feature into them, like Artisphere and Fall for Greenville. They even have a Saturday market that runs weekly during the summers. And if you follow the river farther downstream, there are cool trails and playgrounds, and a plane. Don't ask me why. It all ends up at the Greenville Zoo, which is really pathetic in size, but inexpensive and fun. The playground right outside the zoo is a great place to picnic and you can hear the monkeys! 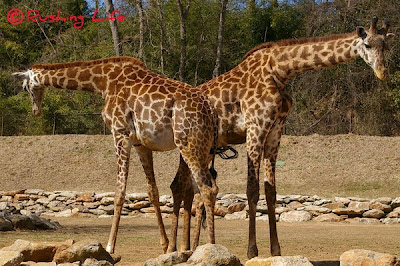 Beyond that, you can check out a game at the Greenville Drive stadium. They're an affiliate of the Red Sox (so this Yankees girl has a hard time rallying behind them) but the stadium was mimicked after Fenway, so it's worth a $5 ticket if you're in town for a game. Especially if you have kids. And on a super random note, the museum at Bob Jones University (yes, Puff and I were allowed on campus there... but he wouldn't hold my hand since we weren't married at the time) is really great. Sure, it's all religious works, but they're from legitimate big name artists from the past. (Apparently, according to the website, it's the largest collection of religious work in the western hemisphere.)

My two favorite parts of Greenville though? First, the weather is noticeably cooler than elsewhere in the state. This is pretty important during those dog days of August! And second, it's the gateway to the mountains. Just over an hour from Asheville (home of the Biltmore) there are tons of hikes, waterfalls, state parks, etc. within a reasonable distance. You can even see the mountains from the highway as you approach town! I never thought I'd be more of a "mountain girl" than a "beach bum" but then I realized one important factor... there's not any sand in the mountains!

Happy travels!
Posted by Gail at 8:22 AM
Email ThisBlogThis!Share to TwitterShare to FacebookShare to Pinterest