I may or may not have mentioned in all of my last pregnancy updates, that I wasn't 100% sure that Healey would make it to her June 18th scheduled C-section. Just anything and everything about the end of the pregnancy led me to believe that she wasn't going to make this easy. And I was definitely correct. 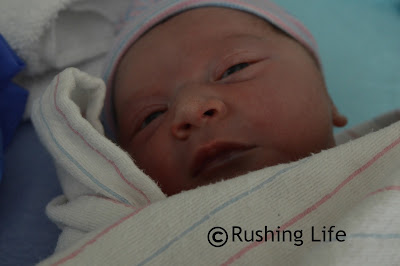