Puff and I have been fully aware of the craze that is "Frozen." I mean, how could you NOT? 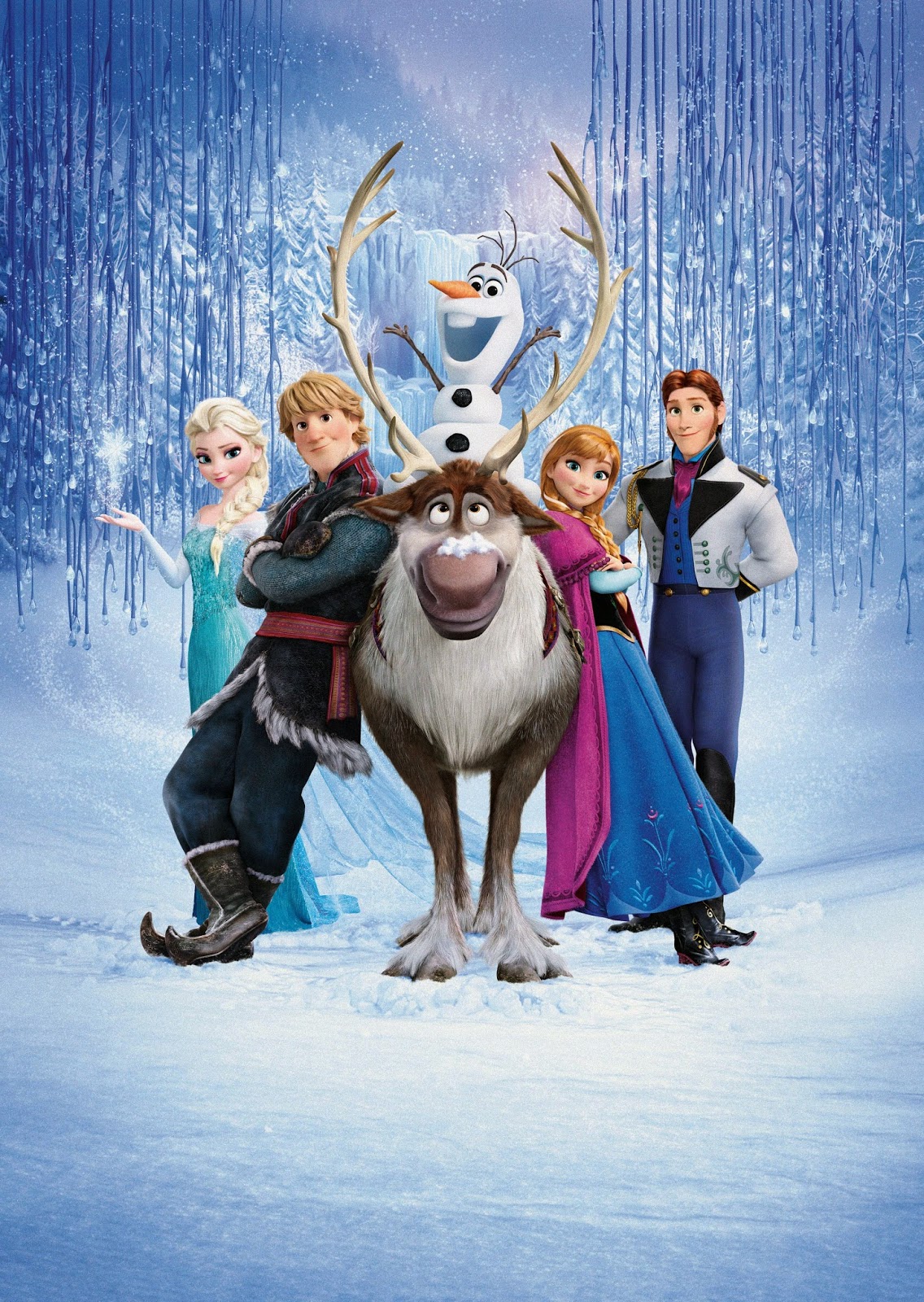 For almost all of 2014, Bimmer was pretty blissfully ignorant of it all. There were no tantrums about not being Elsa for Halloween. There were no Olaf stuffed animals we had to buy. She would see the stuff out at stores and kinda be indifferent. And from what Puff and I understood about people getting obsessed with the whole thing... we were OK with that.
Cue Aunt Kimhead.
For Christmas, she bought Bimmer the DVD. And I will say, I am happy to announce that my child is not obsessed. By any stretch of the imagination. Like, so much NOT obsessed that we have watched it once all the way through - and that took 3 sittings. And I'm pretty sure the last 15 minute sitting was just me watching it because I wanted to know how it ended. We put it on one other time, but not even at her urging, and she watched maybe 15 minutes of it. As cute as the movie is (because, yes, it is cute) I am not about to try to force it on my child.
Yes, she now knows when she sees at a store and can name Anna, Elsa, and Olaf. But she wouldn't even probably know that it's called "Frozen." And she most definitely is not singing "Let it Go." Which, randomly enough, I don't find all that catchy. I get "Would you like to build a snowman" stuck in my head WAY more often.
We are going to stick my little princess being her own self and not getting wrapped up in all the hype. Will it always be that way? Absolutely not. But for now, we'll stick with her preferring to be dressed as this type of princess instead. 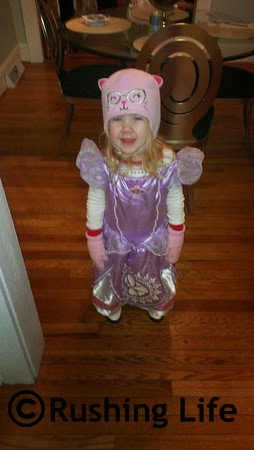 We encourage the creativity.

Posted by Gail at 10:39 AM
Email ThisBlogThis!Share to TwitterShare to FacebookShare to Pinterest