As you read HERE, Puff and I (and now Bimmer) are all about taking in some awesome festivals in the south. I tend to think it's a really big reason why Puff and I lasted so long to start off our relationship. I kinda maybe have dating ADD, so it was pretty awesome that he was able to dig up all these cool places to go see and things to do so I wouldn't wander away in boredom.

A few years back, I actually found a festival in Asheville, NC, called Bele Chere. It was just a huge street festival with booths and food and music. But on a hot weekend in July, there wasn't much else happening. So we decided to check it out. Asheville is a reasonable drive to about half the state of SC, and it's a town we really enjoy. That first trip, we scored our kitchen rug from a shop that had a booth in the festival. It had been featured on Oprah, so you know it's gotta be good. 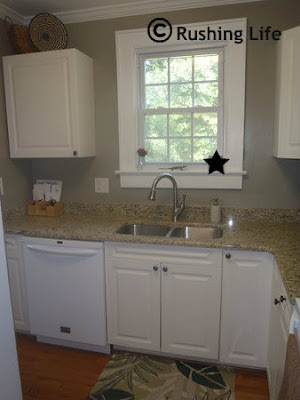 This time, we had Bimmer in tow. She had been a rock star at the Coon Dog Festival a few weeks earlier, so we had high hopes. We scored free street parking thanks to my lazer-eye-parking-lot-stalking abilities. And Puff had some entertainment while we fed Bimmer in the car before heading out... two lesbians checking out some corsets in a store window and the store clerk wearing a see-thru black dress proudly displaying her thong panties. I'm pretty sure he texted at least 3 people about the situation.

None of that even mattered to me, since I knew what was waiting past a few small stores and some vendor booths. The Chocolate Fetish. I'm insanely sure if I lived in Asheville that I would be 300 pounds because it would be impossible to resist their key lime truffles and their sea salt milk chocolate covered caramels. Oh, heaven. 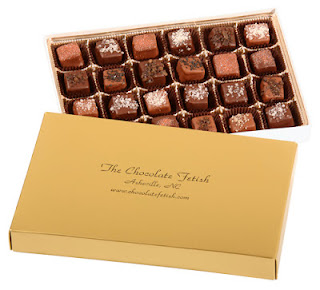 Um... why did I not know they have giant boxes of just these caramels before I looked at their website? Hmmm... next time, we must shop their pre-made box area instead of just the counter!

Before our next shopping stop, we came across a band in the middle of the street. This pretty much epitomizes Asheville for me. 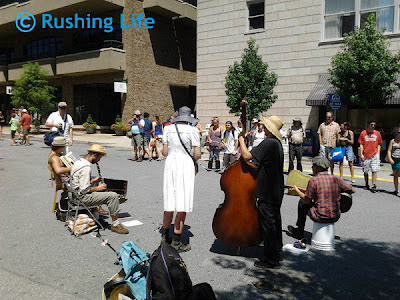 Puff was making a bee line toward the Urban Outfitters (since their home section is pretty kickass) but a booth on the corner caught my eye instead. They had baby onesies hanging on a rack, so of course I had to stop to look. Unfortunately, they were all the wrong size or boy-themed. But then I realized it was for the store that was right behind me. Yup... away we went.

The store was called Spiritex and they make organic t-shirts for adults and then some baby onesies as well. They all had cute and creative sayings or photos on them. (Like one that said "The Beetles" in the iconic Beatles type-face but then had pictures of actual bugs under it. Or a hand-drawn picture of the Asheville skyline.) But we ended up getting two, since I couldn't resist. One has a picture of a hot pink big wheel on it. Yeah, I totally had one of those as a kid, so it's nostalgic. And the other says "Off Spring" on it and has a big spring, like from a mattress, on it. We got that one in long sleeves in a bigger size for winter, so I can't wait to put it on her with some baby jeans. (This dressing a daughter thing is dangerous!) 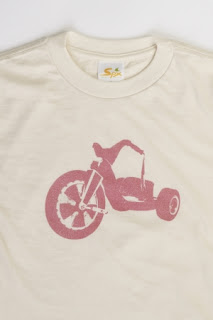 Mark one more notch on our belts for festivals for this summer. Bimmer did really well and we had TONS of people stopping us to comment on how cute she was and how they liked her hair. I think it had something to do with the "lesbian plaid" jumper I put her in. Hey... I wanted her to fit in!
Posted by Gail at 8:47 AM
Email ThisBlogThis!Share to TwitterShare to FacebookShare to Pinterest