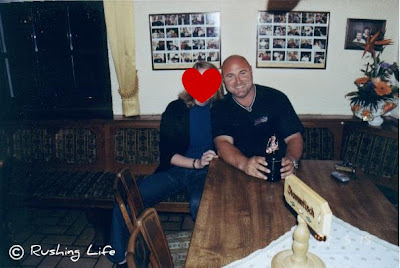 My intense desire to go back to Europe ASAP, combined with an overload of estrogen in the office this week, has lead me to this inevitable entry. Back in 2002, I embarked on a fabulous girl trip with 3 of my closest friends to trek through 9 European countries in 2 weeks. Needless to say, we didn't catch everything in every city, but we did come away with plenty of stories.
And plenty of pictures of boys.
Above? That's Johnny. ::sigh:: He's my favorite Kiwi bus driver EVER! (And if you don't know the good stories surrounding said bus driver, then we're not really very good friends, are we?) The night we cleaned the bugs off the bus windshield was nothing short of magical. 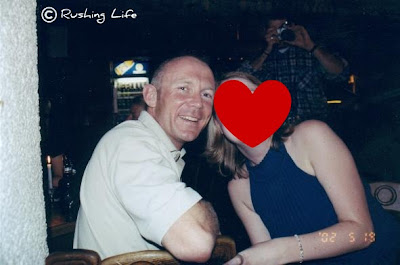 This is Dave. He was our super awesome, also Kiwi, tour guide. One night, Rowdy and I interrupted him having sex with one of our fellow tour-mates. We won the game of "who did Dave sleep with last night!" Oh yeah... and we know who can RISE UP! 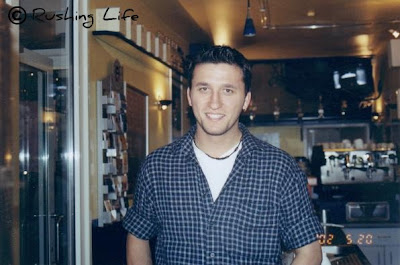 When we were stumbling around Munich, this charmer caught our eye. I do believe we splurged for ice cream, even though none of us wanted it, just so Rowdy could ogle this German gem. After making googly eyes (and lewd comments) about him for awhile, one of us finally got up the nerve to ask him for his photo. 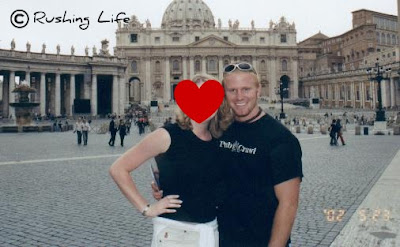 When in Rome, do as the Romans. Right? Or have your picture taken at the Vatican with a hot Aussie who is trying to recruit 4 underage girls to join a pub crawl!
Europe is awesome. 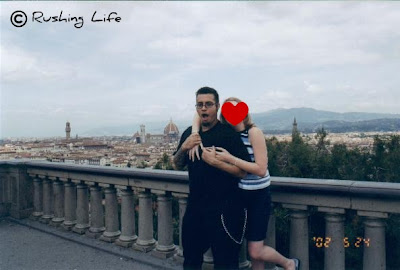 ::sigh:: Benny! Oh... what a total sweetie! He was on his honeymoon on our tour, but apparently the relationship had already soured... if one night in Austria taught me anything. ::insert halo:: Besides Mr. Smith, he's the only man I've ever met who could literally mesmerize you with just one glance. The intensity behind his eyes was unreal. 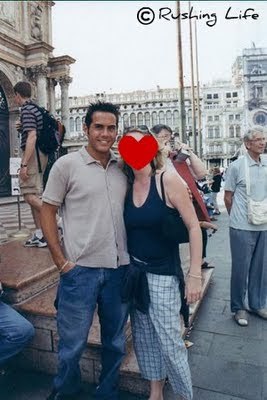 My goal was to get a picture with a hot guy in each city we visited. When I spotted this Italian hottie across St. Mark's Square in Venice, I made a bee-line straight toward him. I didn't even care so much when he told me his name was Robert and he was from New Jersey. We just decided his name was Roberto instead. 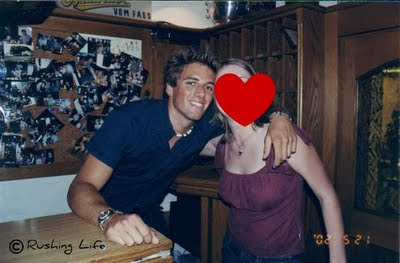 Ladies, I'll give you a second to drool. Don't worry. It's OK. I know you want to.
Ladies, meet Wolfie. The hottest bartender in all of Austria. So... remember when I said it was my goal to get a pic of a hot guy every day of the trip? Well, that day in Austria, we had struck out. As we boarded our bus, bound for our hole-in-the-wall hotel/bar/barn, I said outloud, "I have high hopes our bartender will be hot tonight!" I'm pretty sure the good Lord was listening to me that day. Before any of us had gotten off the bus, all the ladies were squealing with delight.
I must say, Wolfgang is the reason I drink what I drink. Yes, he is the culprit behind my Malibu rum with orange juice obsession. But really... who would turn this stud-muffin down if he suggested a drink to you? I've never turned that drink down since!
Posted by Gail at 9:24 AM
Email ThisBlogThis!Share to TwitterShare to FacebookShare to Pinterest