I mentioned last week that we had another snow day. And this time, it was actually snow - versus the ice of the week prior. However, it was all melted by the end of the day... just the way I like it. Bimmer, Puff, and I played outside for just about an hour, and that was enough. Bimmer finally told us she was "cold and wet" so we decided that was enough. But we had a nice little time with the perfect snowman and snowball snow. I am very much ready for spring, but as much as I hate snow (and the school closings and the using vacation days on not taking a vacation) Bimmer loves it and gets so excited for it. So I have to suck it up and like it a little bit. Seeing her joy is worth the cold. For a little bit. Once or twice a year. 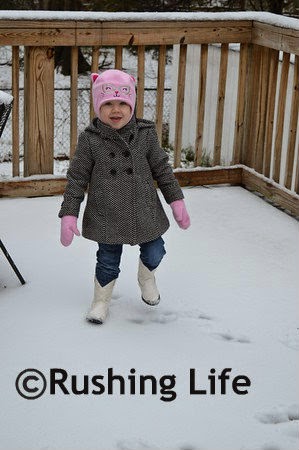 She doesn't have snow boots, so cowboy boots have to do :) 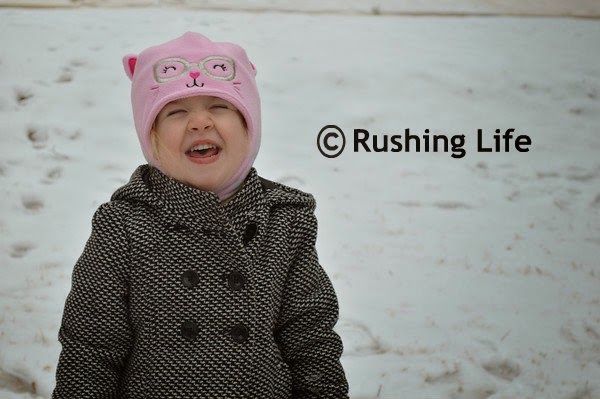 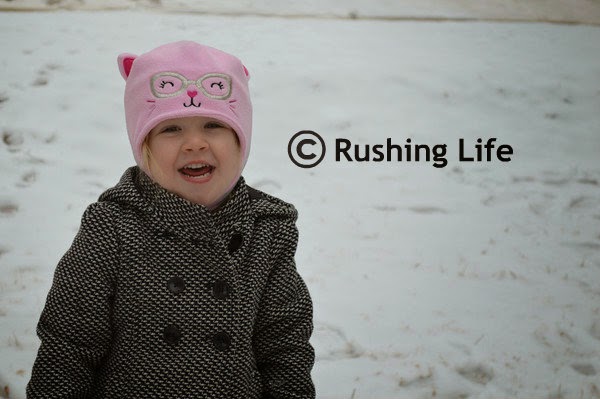 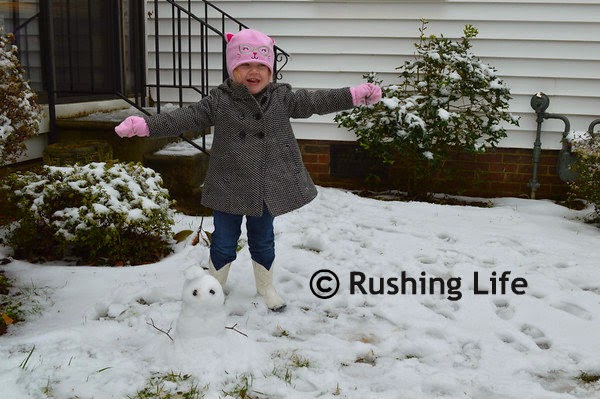 Her first snowman! She later insisted it get a nose, mouth, and buttons. Then we had to make a baby one for Healey too. Such a sweet big sister!
P.S. My internet has been acting super wonky for about a week. So if there are lulls, I apologize. Sometimes, I just don't have the mental capacity to deal with all the rebooting, etc. to get it to work.
P.P.S. You would think with all the time I've taken off work the past few weeks, that calling in sick today without being literally on my death bed was a stupid idea. But alas, I decided it was worth it. I had been battling a cold all last week, and shit finally hit the fan Friday night. I have a gnarly sinus infection and double ear infections. I think it's been 10+ years since I've had ear pain this bad. I'm finally feeling more human today than I did all weekend, but still no where near 100%. I cannot wait to feel like a person again!
Posted by Gail at 11:47 AM
Email ThisBlogThis!Share to TwitterShare to FacebookShare to Pinterest