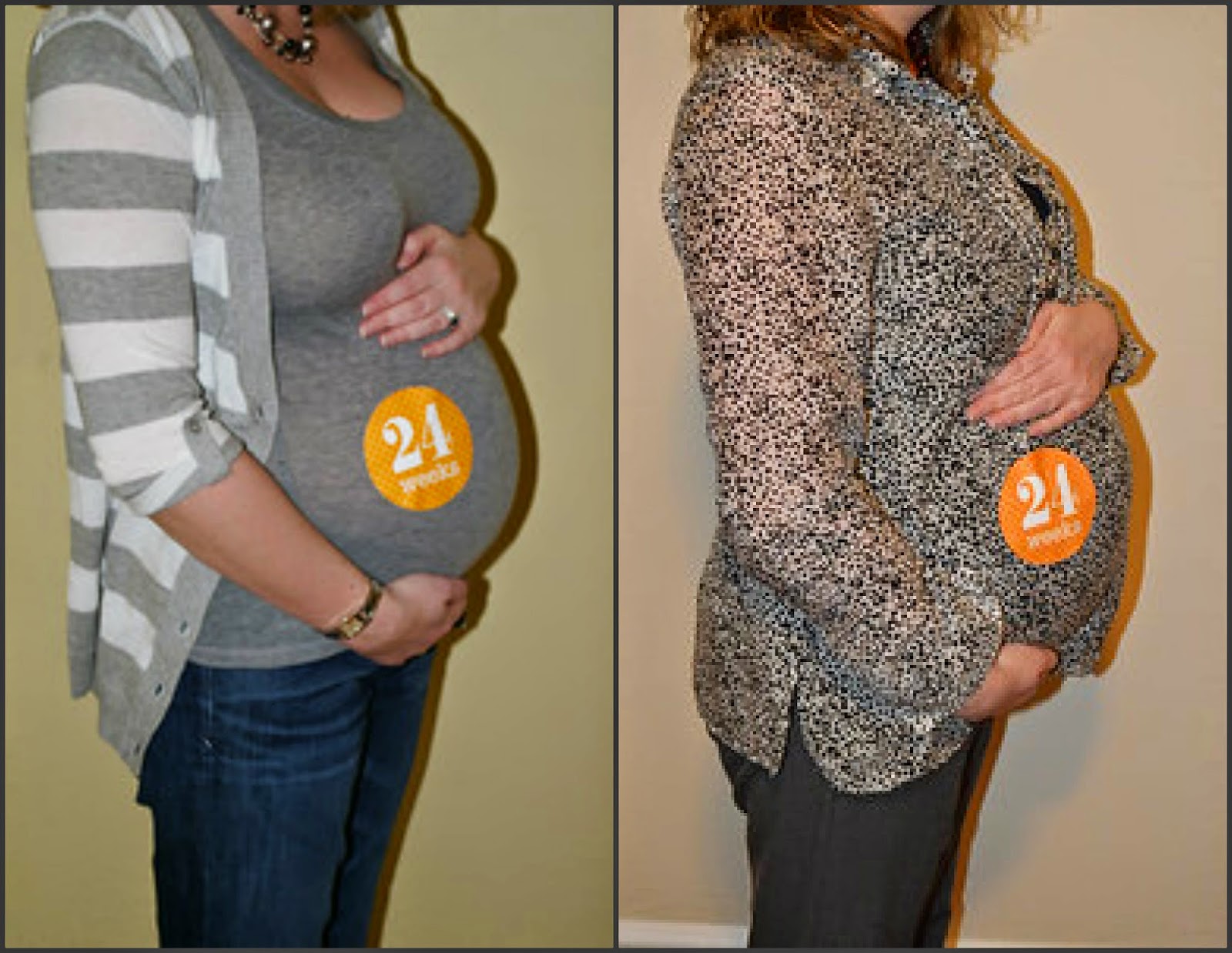 Baby Bimmer on the left, Baby Healey on the right
Woot woot - we are more than halfway there! Party time! Dance break! Oh golly jeez... I so hate being pregnant!
So what's been new since the last update? In general, I've been feeling pretty good. Just your normal lower back pain on occasion, 3am nausea if I don't eat enough before bed, and some round ligament pain in my lower right abdomen. Nothing major. Nothing I should be complaining about that badly. Will that stop me? Eh... keep reading and find out. LOL.
Have I previously mentioned the insanely detailed and ridiculous dreams I've been having this entire pregnancy? Before we knew Healey was a girl, I had three very vivid dreams that I was a mom to two girls. One of them involved being at a waterpark on a lazy river tube ride. Another was a horrific jaunt to the beach where we couldn't find parking and then a rogue wave took out half the beach and I momentarily lost both girls and was screaming their names - actually using the name that is going to be Healey's. Petrifying! I've had dreams about making out with random guys at work (some cute, some notsomuch) and a dream where I got into a fight with a co-worker because she had hooked up with one of the guys we work with. My favorite was an elaborate girl's night out to a night club in a cave where you had to dip your phone in vodka and put it in a freezer before entering. Crazy, I tell ya. Crazy.
I have ventured into the world of maternity/nursing bras. I just had to upgrade and unfortunately, my cup size has now outgrown the biggest cup size they have at Victoria's Secret. Yup - no lie. Thankfully, I was able to try on a bunch of them at a maternity store and found two that are going to work... for now. I imagine that I will ultimately have to go to no under-wire, but I'm hoping to avoid that as long as possible - at least for work. Big ol' floppy boobies are not very professional. ::sigh:: I never thought I would hate my boobs, since I used to love them so much, but dang it - we are to that point.
Things are getting harder in general, especially when it comes to caring for Bimmer. Giving her a bath is near impossible and I can't move around and jump and play with her as much as I'd like. It sucks - because I hate not being the mom I want to be for her. I know it will all change a ton as the pregnancy gets further along and Healey gets here. But I will be back to normal eventually and then our lives will be a new normal. And I cannot wait at all.

Posted by Gail at 7:22 PM
Email ThisBlogThis!Share to TwitterShare to FacebookShare to Pinterest