A few months back, I proclaimed that this blog would swing back to include some travel info a little more often. (Read the proclamation HERE) So I thought I would start with a few posts about some not-super-in-demand locations that are within a day's drive of South Carolina.
Where am I starting today?
Cincinnati, Ohio 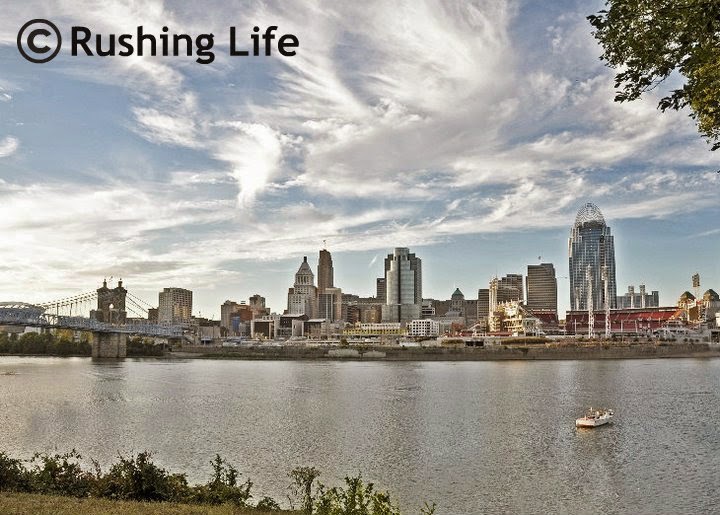 Random, right? Well, I've been there a bunch of times throughout my life visiting extended family and I think it may actually not be so bad. My top "Do Not Miss" items all revolve around food.
#1 - Graeter's Ice Cream

I'm a bit of an ice cream snob. But two of my faves come from Cincinnati, randomly enough. My favorite flavor at Graeter's is their caramel. It's an actual caramel flavored ice cream, versus vanilla with caramel ribbon through it. I also love their chocolate malts. And once upon a time, years and years ago, I had a watermelon sorbet that was amazing. They have locations all throughout the city and you can even have it shipped. (In SC, they have a few signature flavors - like the black raspberry chip - at Publix grocery stores.) They do also ship nationwide and their vanilla ice cream was featured on Oprah a few years back.
#2 - UDF Ice Cream

While I'm discussing ice cream, might as well throw this one out there too. It's a bit strange to actually go into a UDF (they're located all over the city) since it's basically a gas station. If you randomly told me to go into a gas station to get delicious ice cream, I would probably laugh at you. But trust me - it's so worth it! My favorite is their cookies 'n cream. Gotta get the "Homemade" brand though. (They sell this in SC at Fresh Market.) It's hands down my favorite ice cream. (Maybe not EVER but the kind I've been able to get most frequently.) It is super rich and has tons of cookies in it. Sometimes, you can get an entire Oreo in your scoop. I'm making myself hungry just thinking about it!
#3 - Montgomery Inn

This is a place that my family always has taken me to whenever I visit and I am obsessed with their BBQ sauce. They have a few locations, the most fun being one that is located on the Ohio River. I actually have a relative ship me bottles of their BBQ sauce once a year so I can use it. It's the only kind I use! I am not a rib eater, but I get their chicken and it's never disappointed. I also love their chips. They're a homemade chip and you dip them in warm BBQ sauce. Oh yeah - and onion straws too. Delish!
Once you get outside the food, one of my favorite stops is always the Cincinnati Zoo. It is one of the coolest zoos I have been to and they have a gorgeous botanical gardens as well. The museums at Union Terminal are pretty cool too. I haven't been to all of them, but have been to a few over the years. (Not sure if they update or do rotating exhibits or whatnot.) It's in the old train station in the city and the building itself is just so neat! 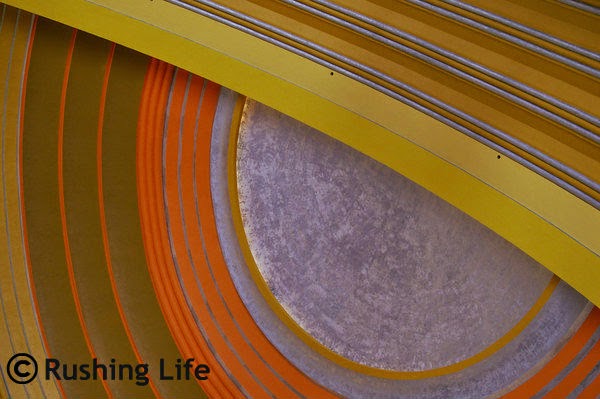 A neat touristy thing to do is to take a riverboat cruise along the river. I actually did that years ago visiting with The Ex. 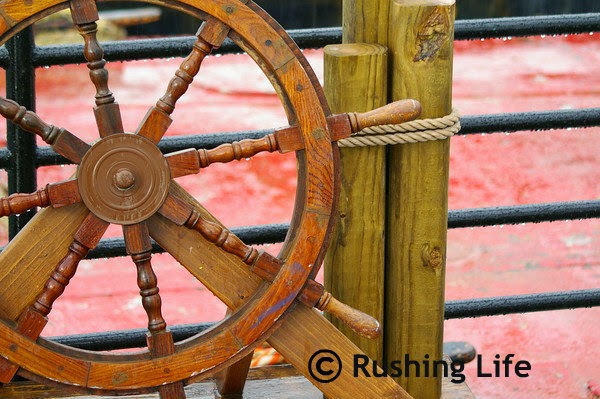 You can have dinner on some of them or just do a ride on the boat. The river isn't all that pretty (let's be real - it's a major river in a major city) but the views of the town are interesting from that vantage point. There are lots of rolling hills, which makes it a visually stunning city from the water. They have two newer stadiums on the river (for the Bengals and Reds) and a new Freedom Center museum, although I haven't been there to give you any run down on that.
I know the city has lots of quirky cute little areas and lots of different vibes throughout. I haven't been to them all, but I hear that downtown has a more revitalized nightlife scene these days. And that Mt. Adams is cute with bars and museums and views of downtown and a big park. (Lots of parks all over the city actually!) And Over-the-Rhine has become trendy too I hear, although I've never been there.
So, if any of my mid-western readers wanna hop on over to Cincy for a few days, I think you could find some cool stuff to do there! Tell them I sent ya!
(And hopefully it won't be too terribly long before I can come back and do another little city done the "Rushing Life" way!)
Posted by Gail at 6:47 PM
Email ThisBlogThis!Share to TwitterShare to FacebookShare to Pinterest

Mmmm Grater's, Montgomery Inn, wait!! You've got to mention the great Cincinnati debate...who's better? Skyline or Goldstar? I'm a Skyline fan myself! I really do love this city! Don't forget to stop by Buskins for some iced smiley face cookies...or just grab some when you stop at UDF for some Homemade Brand Cookies N Cream.

Mmmm Grater's, Montgomery Inn, wait!! You've got to mention the great Cincinnati debate...who's better? Skyline or Goldstar? I'm a Skyline fan myself! I really do love this city! Don't forget to stop by Buskins for some iced smiley face cookies...or just grab some when you stop at UDF for some Homemade Brand Cookies N Cream.