On our last trip to Atlanta, Puff was driving me around a part of town where we had never been before. He was pointing out landmarks, like where he had his prom, where the band director lived, and where he had his first French kiss. Woah... back up. Did you just point to a secluded park and fill in the blanks that the kiss was in the dark, after a fancy date, when you took her there to totally mack on her? Hmmm... strangely different from our first kiss. Ya know, the one that happened after we had dinner at Wendy's and I basically had to fling myself at him because he was being too shy and dammit, I just wanted him to like me!

Although I did marry him in the end. So there. Take that "Make-Out-In-The-Park-Beotch."

Then, of course, I started to reminisce about my own first French kiss. It was definitely not the romantic scenario that Puff had created. He totally trumps me there! 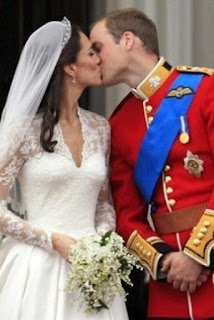 It was the summer after my freshman year of high school and I was working as a counselor at a summer camp. Halfway through the summer, I started flirting it up with a counselor in a different group. It was the first time any guy had ever really given me the time of the day in a "romantic" manner, so I was hooked. We would pass notes to each other, smile and wink when we passed in the hall, and even talked to each other on the phone for hours at a time. I was definitely smitten. So when the last day of camp came, I was horribly bummed. I waited to leave until the very last possible second, but he followed me out into the back stairwell. He hugged me and then went in for the kiss. There, in the unflattering light of the fluorescent bulbs, against the ladder to the roof access of the building, I had my first real French kiss.

A boy kissed me... even with those horrible bangs! Oh yeah, and the braces! I'm pretty sure weeks were dedicated to blabbering on about that in my diary afterwards!

Except... wait a minute. He wasn't a BOY at all. He was a MAN. A dirty, filthy, nasty, shouldn't have been able to work with children MAN. I was barely 3 years older than the kids he was responsible for in his group all summer. I was 15 years old. He was in his early 20s. He should have gone to jail.

I finally came out of the fog a few weeks later and realized how stupid I had been. I was wrapped up in some teen-girl fantasy world that was really, really dangerous. Did my intrigue toward older men ever go away? Nah... read here about my first real date! But I did become a lot more wary and cautious as to what was right and, ya know, legal. (Puff's only 4 years older than me, so that's totally kosher!)

I just hate that I feel like I wasted and marred such a great opportunity to have a first kiss. What a horrible memory for me to have! So, from here on out, I think we'll just forget about that kiss... and focus on all the future ones I'm going to have with Puff. Maybe I won't even have to buy him dinner at Wendy's first.
Posted by Gail at 8:37 AM
Email ThisBlogThis!Share to TwitterShare to FacebookShare to Pinterest