Since Bimmer's daycare is affiliated with a church, it was a given that she was going to be off on Good Friday. Puff's company was also closed, but I lucked out having a day I could use to be off, so it became a family affair for our own little three-day holiday weekend! This worked out fabulously, because it meant we could give Bimmer her Easter basket a day early, and not have to worry about rushing to get to Atlanta to see the MIL. 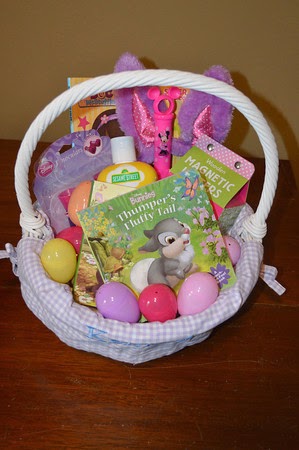 Puff said I went overboard, but the only real splurge were the $18 ABC magnets that I had picked up at a cute store in Asheville back in February. Notice we skipped any snacks or candy. It looked full enough as it was. Plus, this will probably be the last year we can get away with that kind of omission. 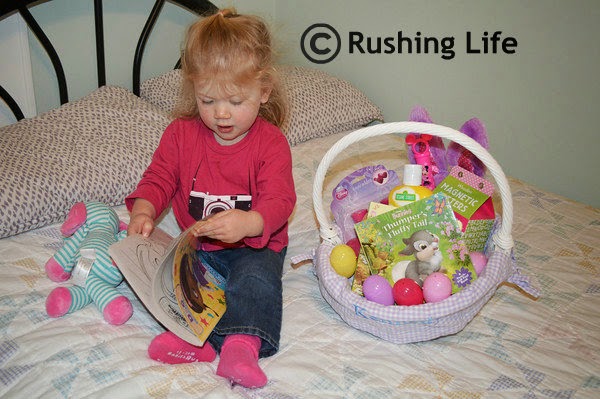 Saturday morning, we hit the road bright and early to get to Atlanta. We had big plans for the day. We were taking our animal-loving toddler to Zoo Atlanta. However, Mother Nature had other plans. The forecast that had been 70s and sunny just days earlier, suddenly veered left and was in the 50s and rainy. We made the best of it by swinging by Ted's Montana Grill for some yummy burgers (and to-die-for onion rings). 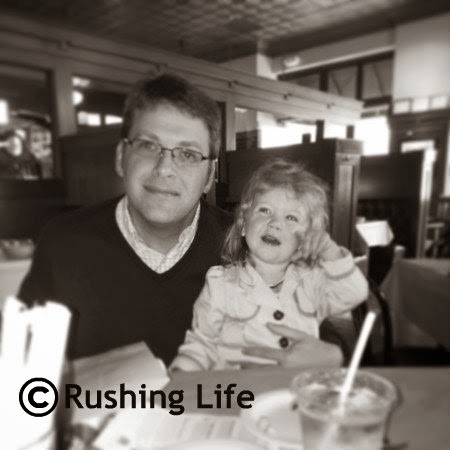 From there, we opted for a stop at the Fernbank Museum as a rainy afternoon activity. It's a natural history museum and Bimmer enjoyed the taxidermy, dinosaurs, and the nature-themed play area on the top floor. It wasn't anywhere I would rush back to visit, but it was most definitely less crowded than say, the Georgia Aquarium, would have been. 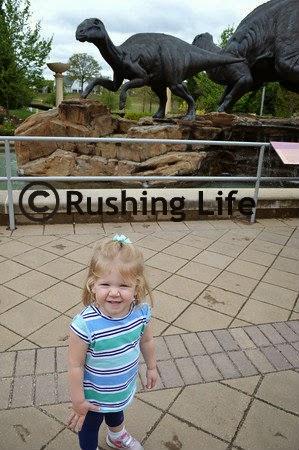 That night, we sweet-talked the MIL into watching Bimmer for us so Puff and I could have a date night! With no hard set plans (yes, you can pick your jaw up from the ground) we went into downtown Decatur to check out some cool shops and then had dinner at Cafe Alsace. As little miss picky eater, I would have never agreed to going there unless I had been totally full from Ted's and in need of dessert. Sadly, the dessert was a let-down (who wants rhubarb pie or a pear-mango tart? I wanted a big ol' gooey brownie!) so we won't be venturing back there any time in, well, probably my lifetime. But Bimmer had a great time with her grandma and that made me so happy! (Just means she won't be hesitant to keep her again for us!) 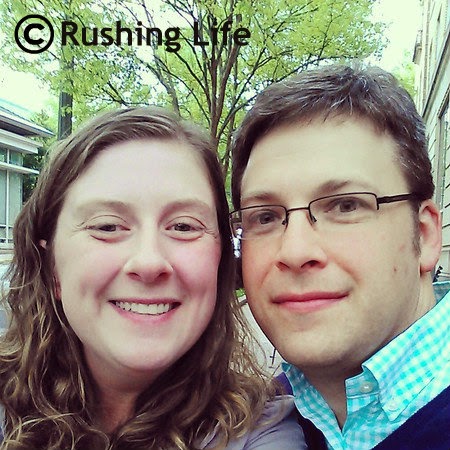 Easter Sunday, church was on the agenda. But not until after I put Bimmer in her brand new dress and Puff left his coffee within reach and she managed to pour it down the front of her. Thankfully, it wasn't hot, and we had an hour to figure out what to do... lots of Tide-sticking and blotting and hair-drying happened. I could still tell there was a stain, but it wasn't horribly noticeable. She lasted halfway through the church service before I had to take her out, but that was OK by me. When we got back to the MIL's house, we had a little photo shoot and egg hunt to keep Bimmer busy while the MIL cooked. 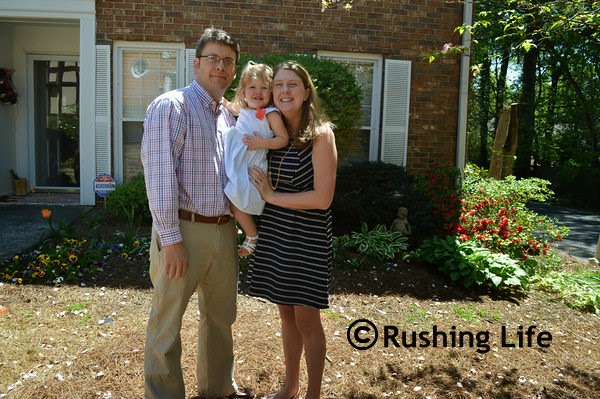 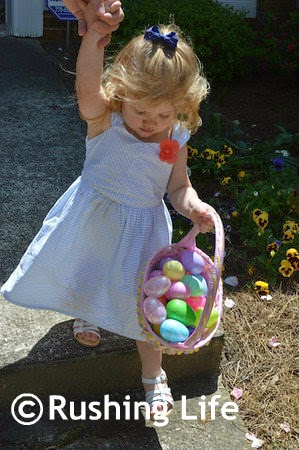 All told, it was the best visit we've had with the MIL in a really long time. Bimmer was super excited to see her and hang out with her,and while she isn't my favorite person in the world, to see Bimmer so happy is all that mattered. It was definitely a good weekend.... until we got back home (a several hours drive from Atlanta) and realized we had left our suitcase at the MIL's house.
Whoopsies!
Posted by Gail at 7:44 AM
Email ThisBlogThis!Share to TwitterShare to FacebookShare to Pinterest