Last fall, I squealed (internally, mind you) like a little girl at the announcement of a One Direction concert when I saw that the Disney Junior Live show was going to be in South Carolina. Yes, I plopped down over $100 on three tickets for me, Puff, and Bimmer to head to Greenville, SC, to check out the "Pirate & Princess Adventure." Yes, even though Bimmer is much more obsessed with Elmo than Jake & Sofia. However... Mommy and Daddy find these shows much easier to swallow. 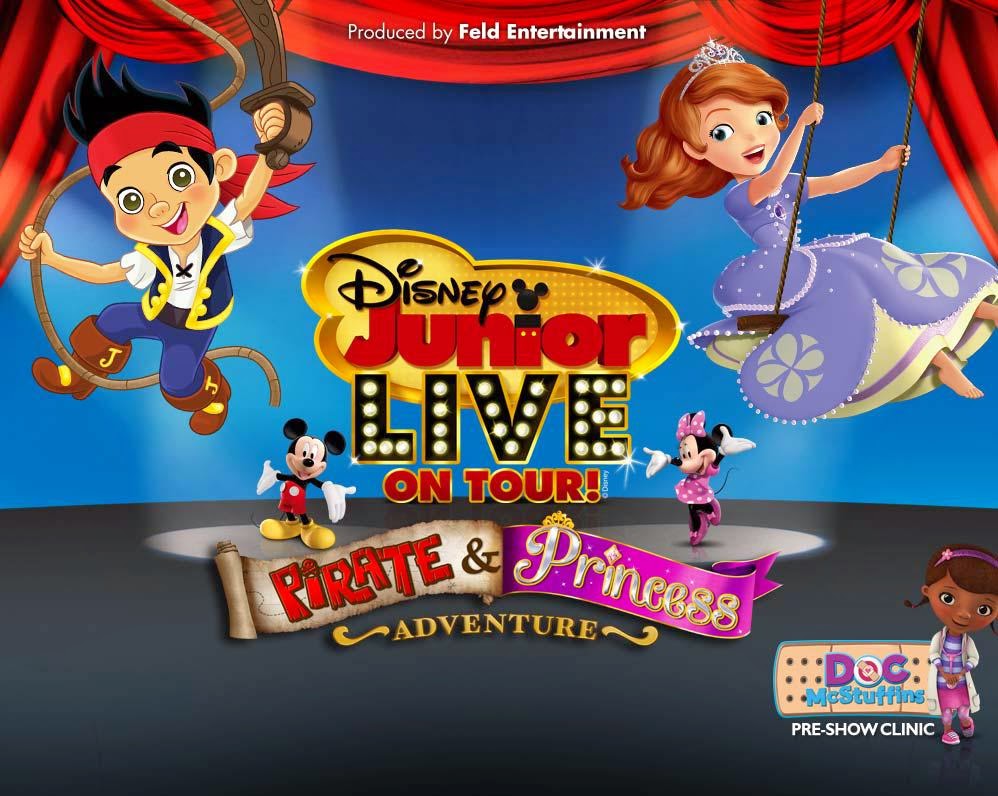 The entire drive there, I was trying to pump her up asking her to get excited and singing the parts of the theme songs that I could remember. Yes, I'm pretty sure I was more anxious and excited about it than she was. We got there about 15 minutes early so we could find our seats and see the Doc McStuffins pre-show. Bimmer was clapping along the whole time! 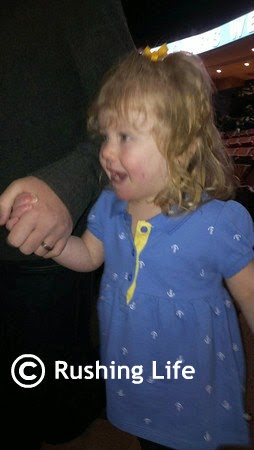 I couldn't get any good pics of the actual show, since I had only taken my phone and the lighting just wasn't working for me. But overall, the show was great. Bimmer loved the Sofia part (which I was happy was first) because there was a lot of singing and dancing. The intermission was a good time for us to take her out to the mezzanine and run around. She did get a little antsy during the Jake part since we were then past naptime and there wasn't as much singing. We moved seats to a back row in our section where there wasn't anyone around us though, and she was able to stand on her seat and eat a snack and I was dancing with her to keep her involved. The entire show was only about 90 minutes, and yes, I do think Bimmer was a few months too young to sit through it all, but I think she did fantastic. 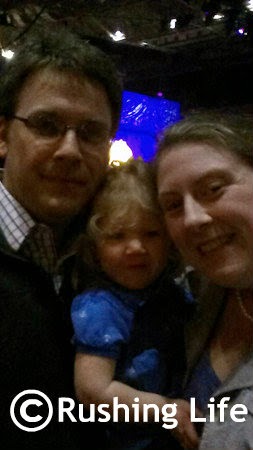 I had planned to splurge and get her a toy if she acted like she wanted something, but we glanced at the merchandise table and she didn't ask for anything. I figure there will be plenty more shows like this (and the circus, etc.) in our future, so if I managed to get out of this one with no unnecessary paraphernalia, I consider it a win! We did splurge on some popcorn though, which did help entertain her for awhile. It came with a little Disney Live bag that she loved carrying with her back to the car. 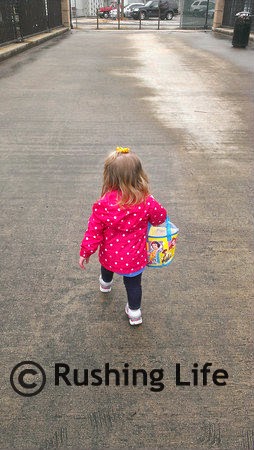 All told, we were super happy that we got to go together as a family. Especially since Puff flew to Michigan that night for business! I will admit to getting a little choked up over the whole thing. My baby girl is growing up so fast. And I feel so blessed that we were able to take her to see this show. I hope there are many more in our future!
Posted by Gail at 5:38 PM
Email ThisBlogThis!Share to TwitterShare to FacebookShare to Pinterest

Those shows are so much fun! We took Bri and Jonah a years ago to see the Curious George show. It was super cute. Bri also went to the Sesame Street show when she was in preschool. Then of course is the circus. Always fun! I'm glad you had such a great experience and that Bimmer did so well! So many more memories are on their way as she gets older!!