Sometimes travel doesn't always go as planned. News flash: This does not work out well for me. Funny enough, however, major things like flights being overbooked are much easier for me to handle than smaller things, like our lunch spot being packed.
The first stress indicator was that I let Puff decide the time we were going to wake up the morning we were headed to Charlotte, NC, for a quick weekend getaway. We left the house 45 minutes later than I had hoped, which did nothing to help me relax on our drive there!
Our first destination was to Discovery Place Kids in Huntersville, just north of downtown Charlotte. I had seen photos of it from a friend in the area, and thought it might be something Bimmer would enjoy. And she did. For awhile. It was crowded (which was overwhelming to her) and we decided we actually like the children's museum in Greenville, SC, better. (Read about our trip there HERE) Puff and I also have realized we have a time limit before our ADD kicks in at a place like this. We're such horrible parents. 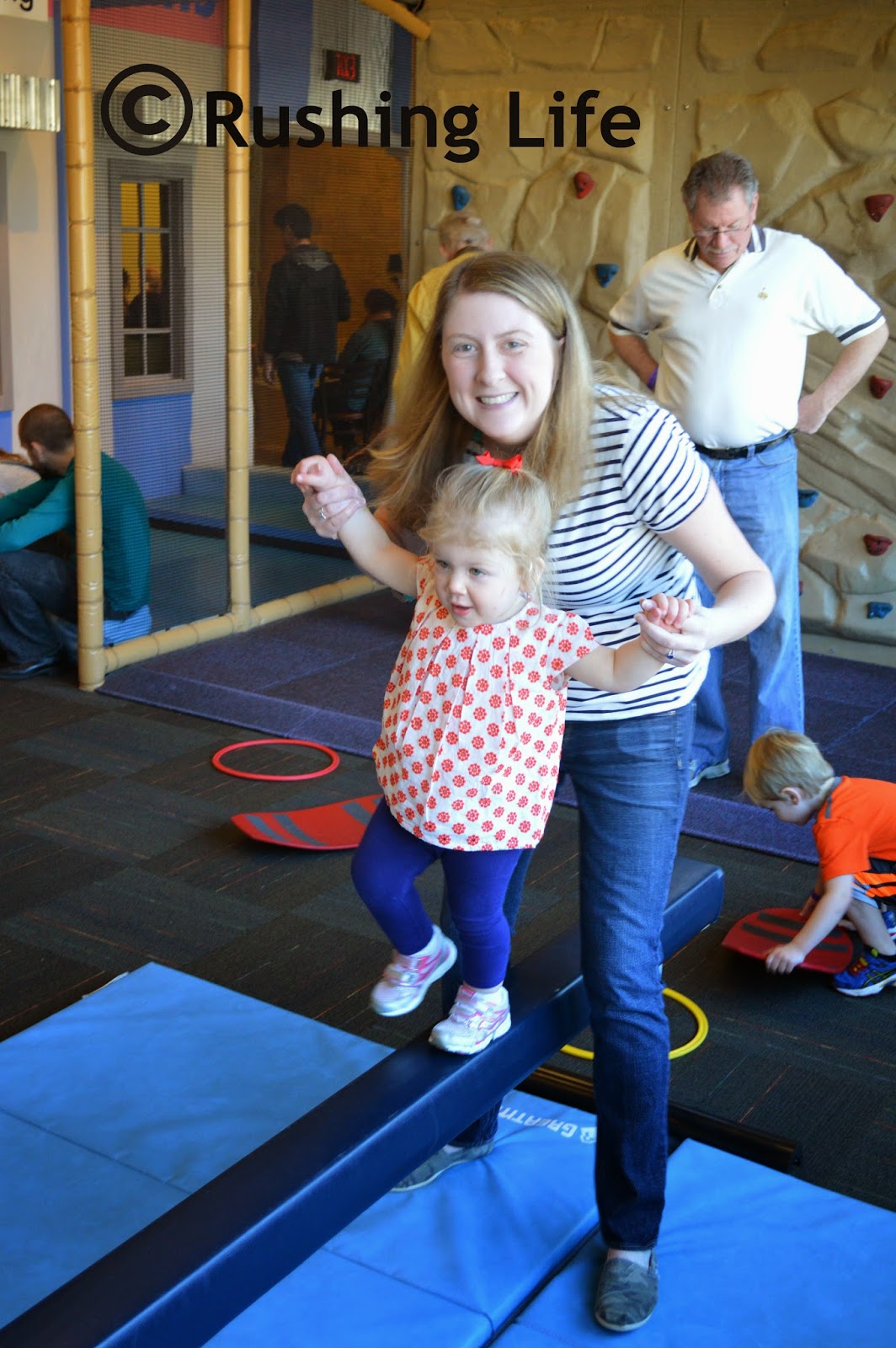 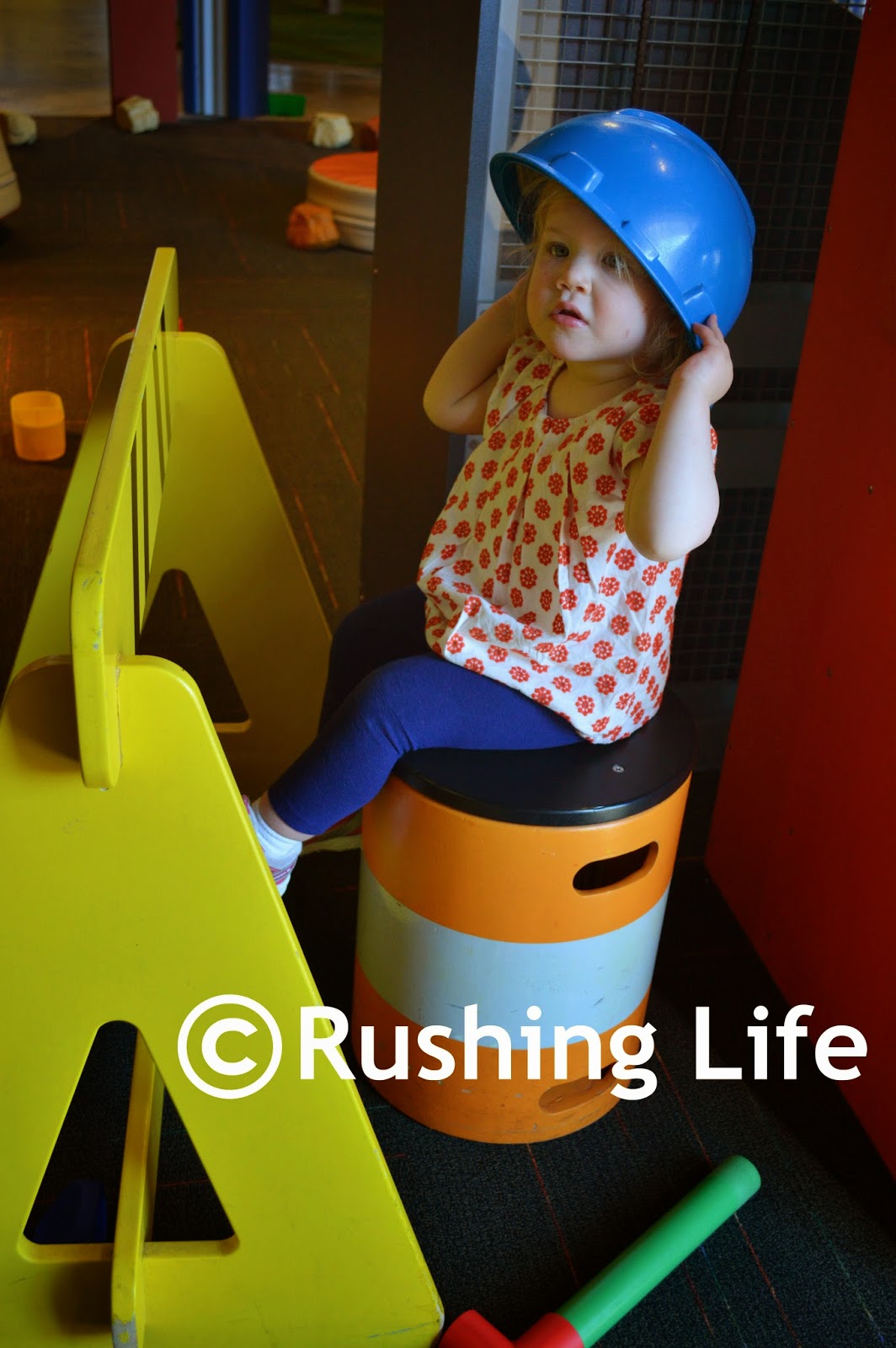 It was after this that my day just went to shambles. Our lunch destination? Ikea. Yup - I had wanted to swing by for a few home goods and Puff wanted meatballs. When we pulled up, it was just shy of 1pm, and the parking lot was completely full. Have you ever seen the size of an Ikea parking lot? Bimmer was asleep, so we let her nap for about a half hour before venturing inside. We went in the exit, just on a sheer whim, and thank God we did. I am not exaggerating when I say there were over 100 people in line to check out. Probably more than that. I made the decision then and there to just order what we needed online. Puff still wanted meatballs. So we rode the escalator upstairs to be confronted by two lines that each wrapped around themselves four times. We were not eating meatballs.

I couldn't take it. The suburbs were making me crazy. I needed to get back to my reality... a non-traffic riddled environment where I could breathe. While pizza wasn't our top choice, we needed something quick and easy to feed Bimmer. So Fuel Pizza in the South End was perfect. The neighborhood is quirky and cool. I like to think we fit in better there. We certainly FEEL like we fit better there. Then, it was a quick blip over to West Elm to stock up on some goodies for The Bungalow. I will try not to remember the two poopy diapers I had to change in their bathroom. (Props to them for having a changing table in their bathroom!) It was eventually off to the hotel. On a few suggestions from co-workers, coupled with a good deal I found, we decided to try the Hyatt House. 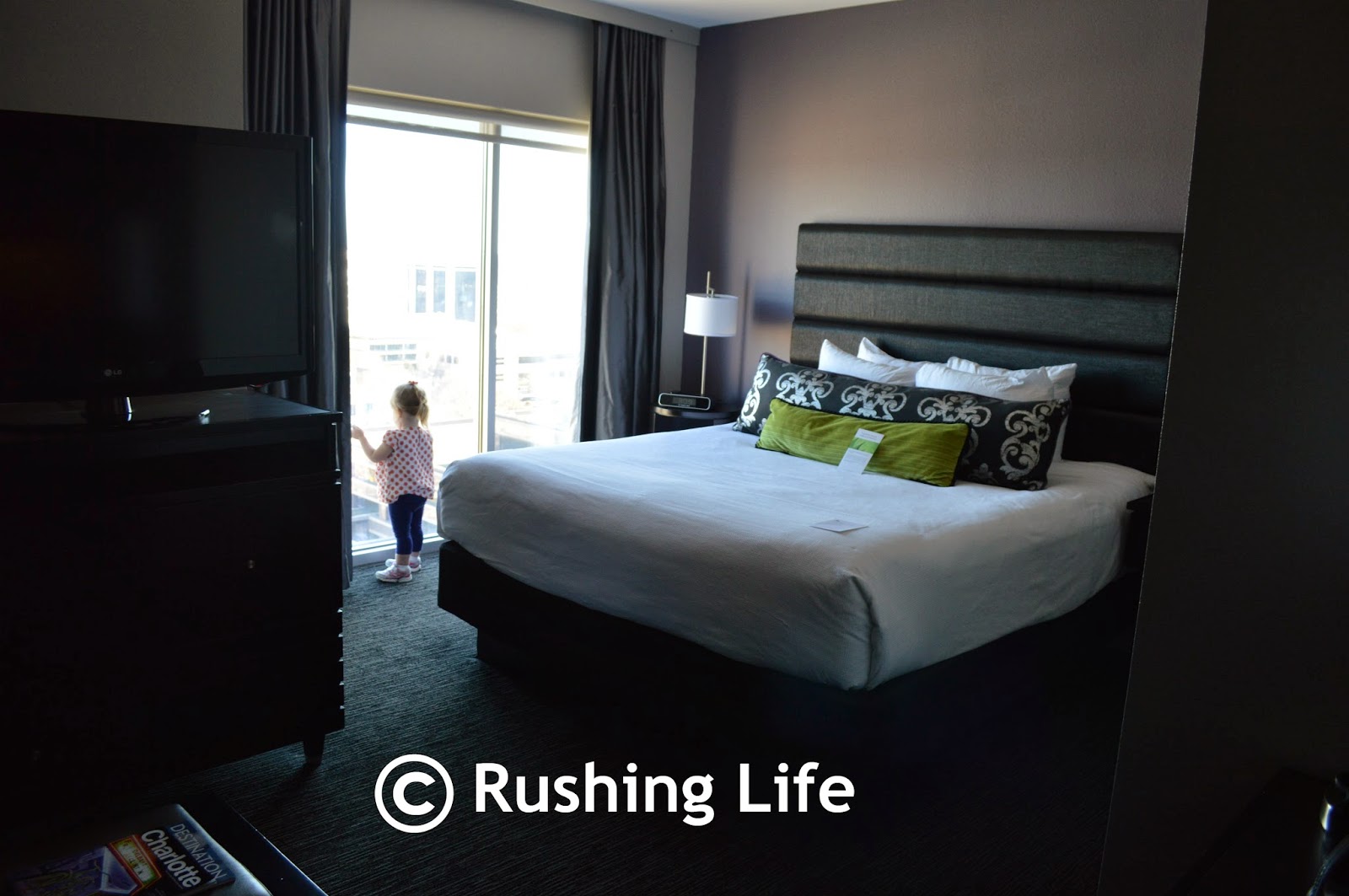 It was more of an extended stay type feel, but mod. We loved the full-sized fridge and the spare sink at the wetbar. There were some issues with it too though. The lines for the elevator were insane sometimes, due to events happening on the 7th floor. Their valet was confusing to find and expensive ($22 a day, with no other options). And while the location was convenient to be able to walk to things downtown, it was a block from the bus depot... which we had to walk past several times on our visit. Not exactly my idea of a prime spot. But it was nice to be able to stroll Uptown (apparently Charlotte is too cool to call it "downtown" like normal cities) and we were able to hit a spot for dinner early with no wait.... Cowbell Burger Bar. The place wasn't exactly child friendly (they had no kid menu) but we went early enough that having Bimmer with us wasn't a drag to anyone else. The burgers were insane, the fried pickles were perfection, and even the side of mac & cheese that we got  Bimmer was super duper yummy. Then there was this.... 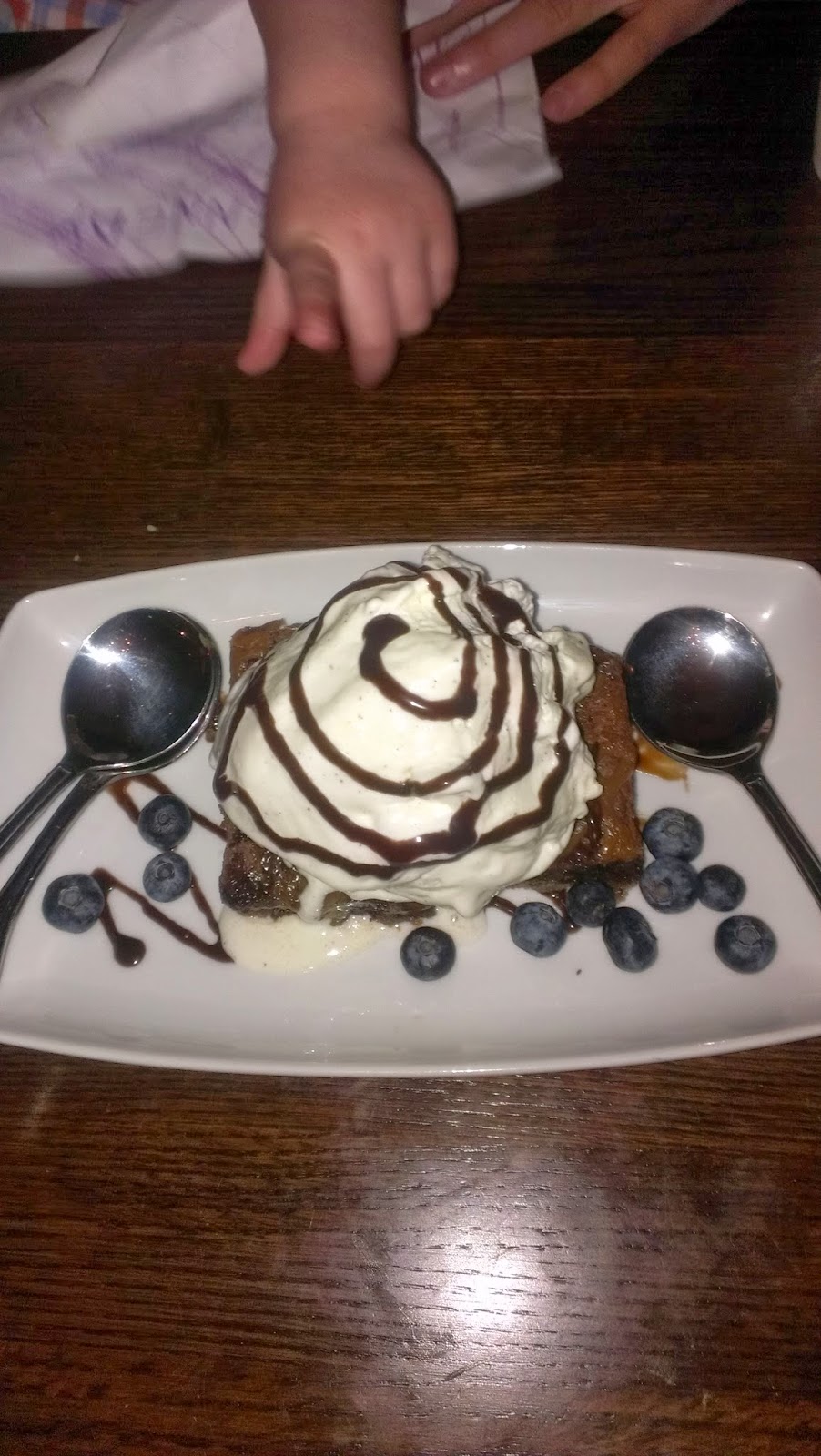 Yup... a sea salt caramel pretzel brownie. I'm not kidding.
Sunday morning, we were up and at 'em early, as usual. The hotel came with breakfast, but we had other, much grander plans. Let me introduce you to Amelie. She's a little slice of French heaven in the middle of North Carolina. There are a few locations around town, but the NoDa location was begging for us to visit. (It took maybe 5 minutes to drive there from the hotel downtown.) 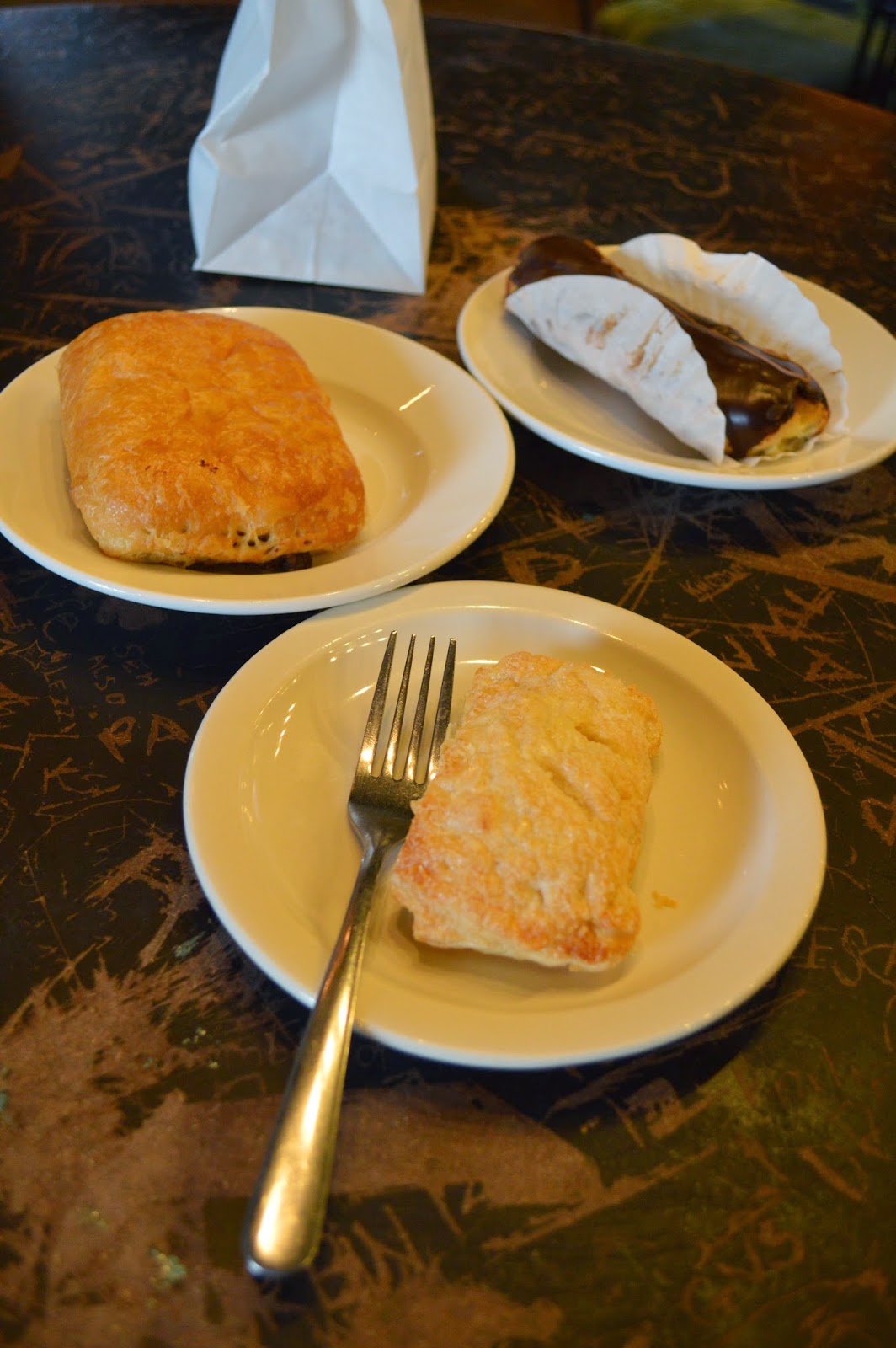 I wish I would have taken a photo of their case o' goodness when you walk inside. We had the hardest time deciding what to pick. Puff settled on a chocolate filled eclair. I went with the classic chocolate croissant AND (yes, and) a lemon cream cheese pocket. I also downed a big hot chocolate that was topped with caramel whipped cream. And maybe, just maybe, Puff and I both snuck a strawberry cream cheese croissant in a bag with us for the next morning. (Heated up? You're killing me, Amelie!)
Then it was time for some Ikea redemption. They opened at 11am and we got there about 15 minutes early. Did you know their restaruant opens 30 minutes earlier than the store? Puff was able to eat some meatballs (yes, meatballs after breakfast that early in the morning) and I wandered the kid's section with Bimmer before they let us into the marketplace. (Stay tuned for a post on our spoils!) It was the most leisurely trip to Ikea ever. Apparently getting there as soon as it opens is the key! It was mid-day by that point, so we hit the road to home. While Charlotte didn't offer as many kid-friendly options as I had hoped, we did stumble across a few things for next time, like Latta Plantation and the Raptor Center.
It just felt good to get away from home for a few days with my awesome little family. Where to next?!?!
Posted by Gail at 7:03 AM
Email ThisBlogThis!Share to TwitterShare to FacebookShare to Pinterest