This is part two of a series I started HERE about all the countries/territories that I have visited over the years. I am so anxious to get abroad again! Iceland is calling my name! I foresee Bimmer's first foreign countries being a little off the wall, since I've already been to the "normal" ones. Behind Iceland, Puff and I are dreaming of a road trip through Croatia & Slovenia. Beyond that? Norway, Scotland, Latvia, and Lithuania look good to me! Now on to the ones I've already been lucky enough to see for myself!
Ireland (2009) 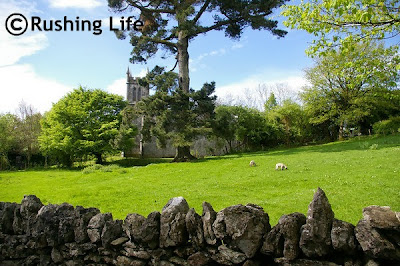 Puff and I opted for a road trip through Ireland as our first trip together abroad. It was after that trip we knew we could stand each other to get married. If ten days driving on the wrong side of the road doesn't kill you, nothing will.
England - London (2002) 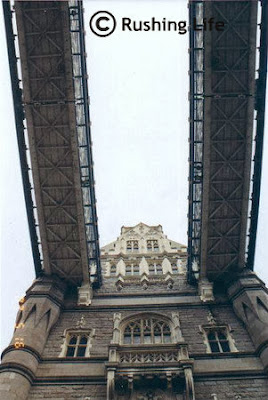 Gotta give a shout out to Contiki. This tour company is the reason I was able to see most of Europe. And I got to experience it with 3 of my closest girlfriends. London was a whirlwind... it was my first foreign country really done on my own. Puff isn't too interested in going back, but I think it would be a good jumping off point for a day or two before a drive around the rest of the country. We'll see.
Belgium (2002)
I have no photos of my time in Belgium. Probably because I literally just drove across it. Puff is skeptical of me listing that I have even been there, but just because I didn't get to chill in Bruges or Ghent doesn't mean I wasn't actually there. I definitely want to go back sometime and see something!
The Netherlands - Amsterdam (2002) 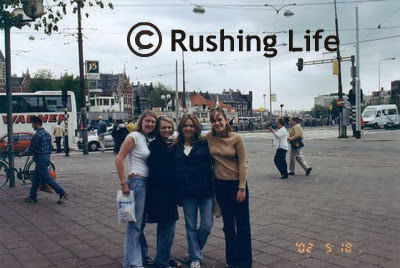 Being young and carefree while we toured around Europe on this trip, we were lucky we took in anything worthwhile in any city we visited. I have lots of good pictures of canals and the outside of the Anne Frank house (which we did tour) but this was back in the days of film, and my scanner is broken. I promise we didn't visit the sex museum to see the giant penis you could stand behind to take pictures. I was, however, a little bummed we missed it.
Germany (2002 -  St. Goar & Munich & 2011 - Schwerin) 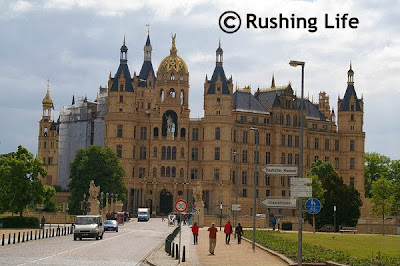 Puff studied German in college, so he has been to the "fatherland" more times than he can probably count. However, I've only been twice. The first time, with the girls, we stopped in a quaint town along the Rhine river and did shots of wine in an old bomb shelter. Puff and I stopped in Warnemunde as a port on a cruise, but snuck off on our own for a train trip into the adorable town of Schwerin. Puff's fluent German is pretty sexy sometimes. Especially when he gets mistaken for a local.
Austria (2002) 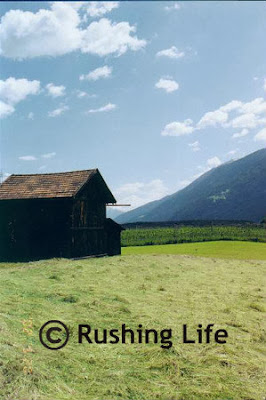 I definitely would love to go back to Austria and see a little bit more. It was here that I had one of the most exciting and fun nights of my life (thanks to Wolfie, Benny, and Johnny... ha ha ha) but I also got to see the wonderful beauty that is this country. One day I'll take in a city worth noting (since Itter is probably no place I'd be rushing back to) but til then, at least I have fond memories.
Italy - Venice, Rome, Florence (2002) 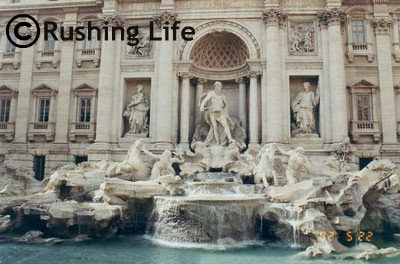 Trying to cram Italy into a few short days is almost an abomination and doesn't do anyone or the country any justice. However, I now know that I have no affinity toward Florence (been there, done that) and when I go back, I can focus on taking in more sights in Rome and hit up the Amalfi Coast or the Cique Terre region. Pretty much anywhere is probably OK though, since I'm pretty much always content with some lemon gelato.
Vatican City (2002) 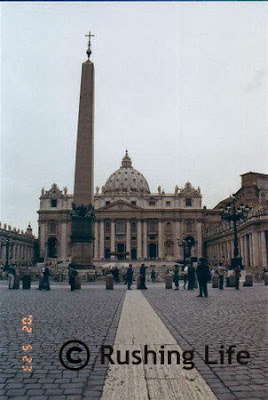 See... I told you we did something worthwhile on this trip! Granted we were probably wasted that night (and the next) but we still took in the Vatican. It was amazing. Since we were 20, we didn't do it right though. We should have found a guide that could have taken us to all the cool stuff and explained a lot more to us. I will definitely do that next time. I am confident there will be a next time in Rome.
Switzerland - Lucerne (2002) 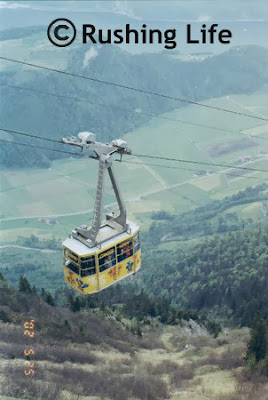 It's kinda pathetic when I was going back through the few photos I have scanned from this trip and I see a tram and I'm like, "Oh yeah, we did go to the top of a mountain!" Needless to say, my memories surround the prison hotel we stayed in and all the naughty trouble we got into that night! Oh yeah, and chocolate croissants. Mmmmmm!!!!!!
France - Paris (1998 & 2002) & Tours, Biarritz (1998) 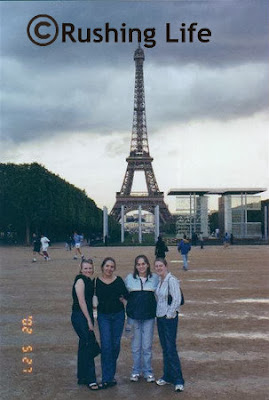 I don't like France. I'm just going to come right out and say it. It does nothing for me. I couldn't believe in 2002 that I was back there again after hating it so much in 1998. I gave it another try. And I did find that the Musee D'Orsey is pretty amazing. But outside that? I'm still not sold. I have fond memories of shopping with my girls, but I would rather do it in just about any other country. The people are just not friendly and I find Paris to be very dirty. They have crepes, which is slightly redeeming.
Spain - Madrid, Toledo, San Sebastian (1998)
I don't have any photos online to share of this trip, since I was only 16 years old when it happened and that was way before digital cameras! Would you believe that my first trip out of the country was to Spain? I went for two weeks with a group from school. It was definitely a learning experience. I am certain that I will get back there someday. I'm confident Puff would like it and we could find some new and interesting places to visit.
Denmark  - Copenhagen (2011) 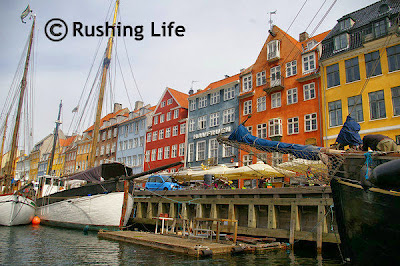 For our 1 year wedding anniversary, Puff and I decided to blow it out of the water and do a Scandinavian cruise. (I posted all about it on here, so you can go back through the archives!) I really liked the charm of Copenhagen. It was chilly and Puff didn't love it, but there was something about it. I wouldn't tell anyone not to go there. Will I rush back? No. But did I have a nice visit? Absolutely.
Estonia - Tallinn (2011) 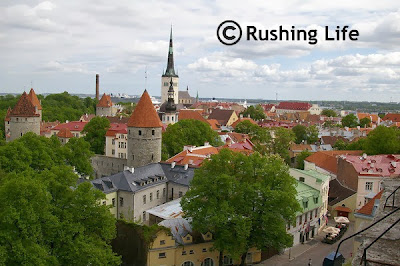 Tallinn was one of those places I didn't know much about, but once I started to research, I knew I would love it. And it did not let me down. Because of the beauty and history, not to mention the amazingly sweet people, Puff and I would go back in a heartbeat. Estonia is the reason we are considering Latvia and Lithuania, Estonia's neighbors, as a possible future trip. Of course we would hit up Estonia again as well! How could you not?!?
Russia - St. Petersburg (2011) 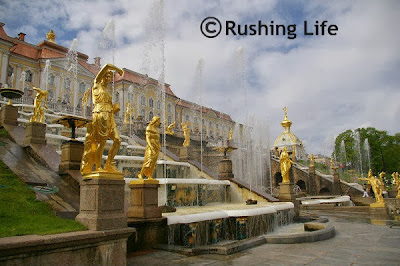 Puff was not sold on Russia. I was a bit indifferent. I am so glad I went. I will, however, probably never go back. It was a little out of my comfort zone, and if the people were friendlier, I would consider a return visit to see some more things we missed. However, we did a city tour and saw all the highlights, we visited Peterhof Palace, and we got to spend time in the Hermitage Museum. We checked the boxes.
Finland - Helsinki (2011) 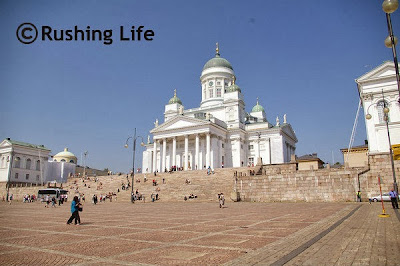 Gotta give Finland credit... it was clean and the people were nice. But it was sooooooo boring! There just isn't the history there that other European capitals have. There wasn't anything that jumped out to us as "come see me." We took a ferry out to an island and walked around one church and some shops. I loved that day with Puff, meandering the back streets all the way across a big city, back to our ship. We stopped in a neighborhood grocery for cookies. But the city just wasn't anything special.
Sweden - Stockholm (2011) 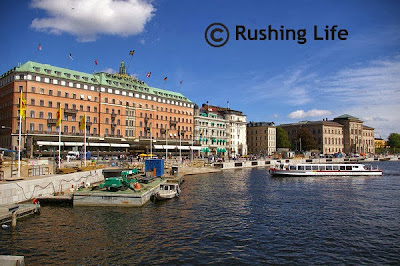 This is the only place on this trip where I felt like I missed something. We chose to go to Skansen, which is like a mixture of Colonial Williamsburg and an amusement park. I'm glad we went though, since I had the best pastries ever in the history of pastries. We also checked out the amazing Vasa Museum. But we didn't do Old Town. We figured we had seen enough cobblestoned streets to last a lifetime, but as we glanced by on our way out of town, I was a little sad we had skipped it. I know we probably won't be rushing back there, but I wouldn't turn it down either.
And last, but not least, it doesn't fit in any category but its own...
New Zealand (2005) 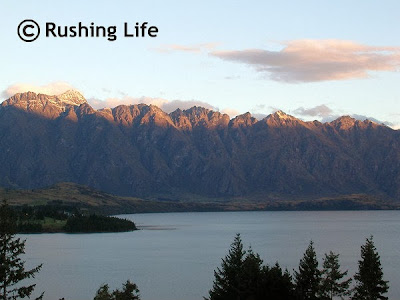 It's a shame, really, that I don't have any of my amazing photos scanned from this trip. My rinky-dink digital camera just did not do it justice. You've heard me say it before, and I will scream it until the day I die, but New Zealand is hands-down the most spectacular place I have ever seen. (I figure Iceland and Norway may be the next in line to give it a run for its money.) It's also a shame that I spent my trip there bickering with The Ex. He didn't deserve to be there with me. He didn't appreciate it. I am itching to get back with Puff and Bimmer. We have already decided we will go in 2020... for our 10 year wedding anniversary. And yes, I will be taking my kid(s). It may be the last time I am ever fortunate enough to get there, and I am going to soak up every second. I hope to focus on the South Island and bungy swing in Queenstown, take a jet boat ride, and let Puff thrill in the drive to Milford Sound. My head just wants to explode with the excitement and anticipation I am already feeling... with this trip still 7 years away!
So, there you have it. A run down of the 16 European (plus NZ) countries I have been to... bringing you to a grand total of 30. My mom pointed out when we stopped in Sweden that I had hit 30 countries before I hit the age of 30. That was a pretty major milestone. I wonder if I can get 10 more in the next 10 years?

Posted by Gail at 5:12 PM
Email ThisBlogThis!Share to TwitterShare to FacebookShare to Pinterest

Can I just say I'm super jealous?!?! I've been to Canada...yup! That's as exotic as I've gotten. Although I have been to Hawaii which a lot of people can't say. We are planning Italy for our 15th Anniversary...but I just can't narrow it down...I want to see it ALL!! ;-)