The Right Way to Celebrate our President

As I've mentioned several times before, Puff and I have some serious ADD with life sometimes. We're never content to just enjoy a lazy day at home. So after spending Saturday & Sunday in Atlanta hanging out with family & friends, and finally buying a rug from West Elm for our hallway, we found ourselves with a Monday off work.

And how did we spend it? With a 6 hour tour of backroads of South Carolina, of course! A guide book of the area said this specific drive we would take would only last 3 hours. They obviously forgot to add in time for lunch at a mom & pop pizza parlor (where Puff asked for a BBQ chicken pizza. The guy looked at him very oddly and then told him he would get a sausage pizza instead) and of course, a detour to look at a mound of dirt fort. (More on that later.)

I will break for just one second to point out that one of the major reasons I love living in SC is that on Presidents Day in February, we were able to go out, wearing short sleeves, and drive with the top down in the sunshine and enjoy the 70 degree weather. You will be hard pressed to EVER get me to move away from here! Now on to some photo fun... 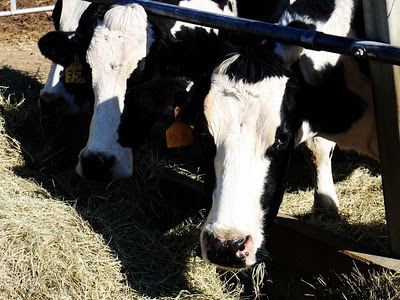 One of our first stops was at a local hippie organic farm. It's not that far from the house, but we've never stopped before. We searched through their racks of cheese and Puff asked for seconds on their chocolate milk samples. 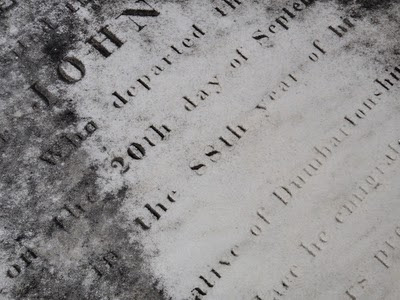 I've mentioned before I like taking pictures at cemeteries, so when the guide book mentioned pulling off into one that had graves from Revolutionary War soliders, we had to stop. A peaceful meander amongst the graves was a great pit stop and chance to stretch the legs. (On a side note, the ground was super mushy in this cemetery. Creeped me the fuck out!) 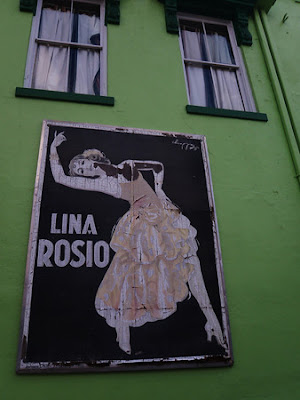 Our favorite stop of the day was a tiny town called Abbeville. There is a mansion there where the confederacy was supposedly dissolved. (Although it was closed.) And we meandered the town square, checked out an old church with a gorgeous stained glass window that had been imported from England, and listened to children play on an antique piano on the patio of an ice cream parlor. One row of buildings along the square were all brightly colored. It reminded me a lot of Kenmare, in Ireland, with the bright buildings and the park-like square. It was so quiet and cute. It was a great reminder of how neat small-town America can be. This sign, in particular, was one of 3 along the side of a building that housed a Mexican restaurant. It was wooden and rotting at the bottom, but so cool! 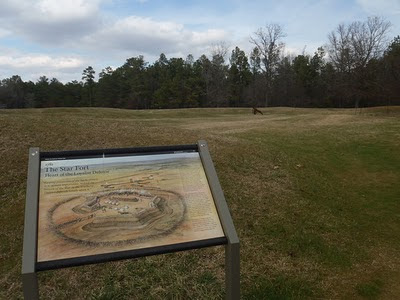 I promised more on that awesome fort, so here we go! We detoured off the route in the book for a few miles to check out the historic fort at Ninety-Six. We went back and forth on whether or not it was worth visiting, but figured we would probably never be in the area again, so why not? We walked the pathway back into the trees (and took ridiculous pictures with the metal silhouette sculptures along the way) and finally got to a giant clearing. You could see a mound in the distance, and a rifle tower, so we figured the fort was just past the mound. Nope. The mound *WAS* the fort. We failed to realize that it was an earthen fort, so basically it was a quasi-star-shaped hill in a field. No worries. We enjoyed the walk in the sunshine... even when we got passed by an elderly gentleman walking with a cane.

It's days like these that make for good reminders as to why I love my life so much.
Posted by Gail at 9:19 AM
Email ThisBlogThis!Share to TwitterShare to FacebookShare to Pinterest