Break Down, Shake Down

Living in a town with no family (aka Free Babysitters) Puff and I don't get out as often as we'd like. We try really hard to go out at least once a month. So when February 2nd was jotted down on our calendars as a day to take a drive in the convertible to the mountains, I was sooooo pumped!
We tried a new babysitter this time (a teacher from her school) so she was really chill when we left. Puff told me that he needed to get gas, so we decided to stop at a place about 10 minutes from the house. When Puff started the car back up, it was making a revving noise... and his foot wasn't on the gas. I was definitely NOT too keen on taking the car to the mountains if it was making strange noises. Could you imagine getting stuck somewhere on a curvy mountain road with no cell phone reception??? And more importantly.... no bathroom?!?!?!
Fate intervened at the traffic light. 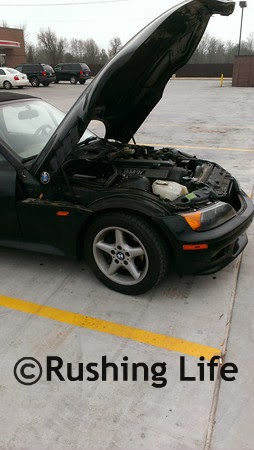 We pulled up to a stop and heard a loud pop come from underneath the car. As I turned around to see if we had run over something, I heard Puff say something about overheating. When I turned back around, smoke was billowing out from under the hood of our car. Puff drove over the median and headed back toward the gas station. Thankfully, we made it. Once the car stopped smoking, he put in some antifreeze. It was dripping a bit from underneath the car. I knew Puff's hope was to be able to at least drive it home.
Once he turned on the car, fluid gushed from underneath it. Nope... we were not driving it anywhere.
When life hands you lemons, take selfies. 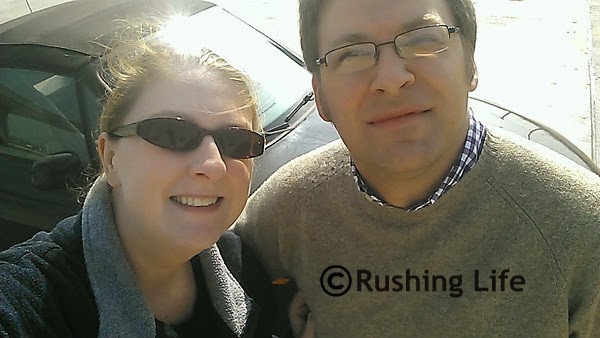 The wrecker pulled in just as we were taking that photo. Yes he laughed at us. I will give a big ol' shout out to AAA, because they had someone out within a half hour to get us home. 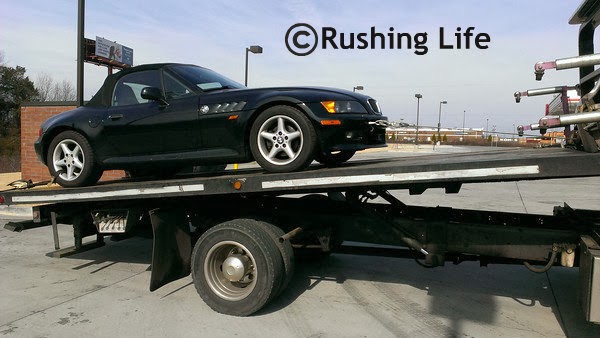 The driver was great and not only drove us to the mechanic of our choice back in our town, but then also went out of his way to drive us home. Since we still had the babysitter awhile longer, we didn't even go into the house and grabbed my car and headed to brunch. 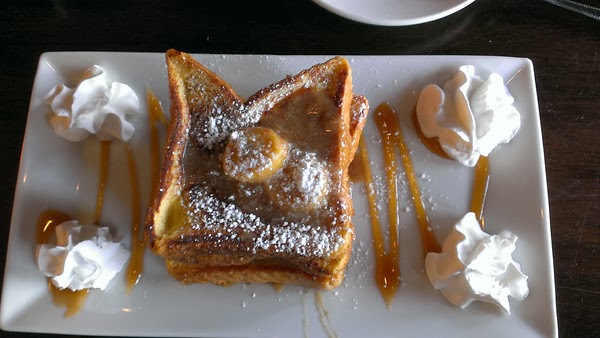 Bananas foster French toast can at least make the day a little brighter, right?
Posted by Gail at 2:24 PM
Email ThisBlogThis!Share to TwitterShare to FacebookShare to Pinterest

Oh that is crappy! I'm sure you were looking forward to that mountain drive, I know I would have been! But at least you still got some bonding time over that awesome looking French toast (YUM!!!) I hope you can get the convertible fixed! Or is it just time to put it out to pasture?? What a sad day that would be! :-(