Puff's birthday falls right after Halloween, so sometimes it seems to just fall into the hubbub of it all. But we always try to make sure we do something special for him. You can read about last year's birthday HERE. Last year we trekked to the mountains for a little hike. This year, life just was so chaotic that we didn't ever have time for a fall leaf-peeping trip. But Bimmer and I tried to make the best of Puff's mid-week birthday. 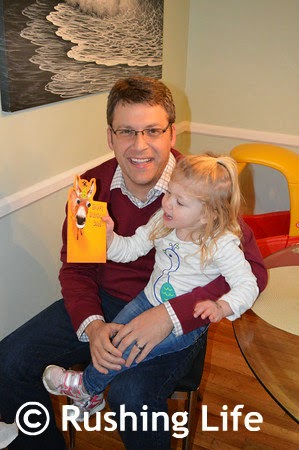 When Puff got home from work, Bimmer was quick to give him the cards we got him. Bimmer gave him two, because she couldn't decide between the one with a donkey and the one with a hamster. (Or a "chick-munk" as Bimmer called it.) We gave him a super fancy caramel and pecan apple, some sort of seatbelt contraption for the convertible, and a swanky new raincoat. (Trust me - the old Walmart one he had was in desperate need of an upgrade.) 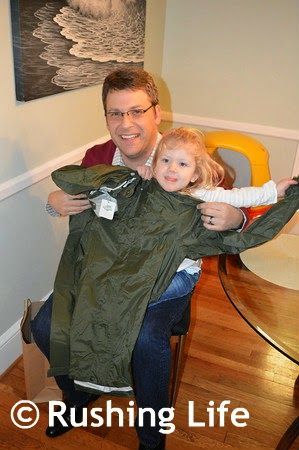 We had half joked about where to eat for his birthday, but actually ended up there... Chuck E. Cheese's! (Or Hushy Cheese's as Bimmer calls it!) 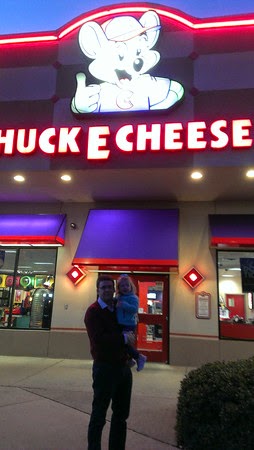 Puff was... well, disappointed. I'm not sure what he expected, but he was upset there was no ball pit (although that meant no strange diseases for Bimmer to catch) and he thought the games all promoted gambling. I'm pretty sure he has never been to a place like this before. Ha! Bimmer enjoyed it, but not as much as I expected. She rode a few of the "rides" but they were anti-climatic. And she couldn't quite get the gist of all the games. I was surprised at how inexpensive it was... for $20 we got a pizza, 2 drinks, and some tokens. We spent another $10 on more tokens, but that was still way less than I had anticipated. 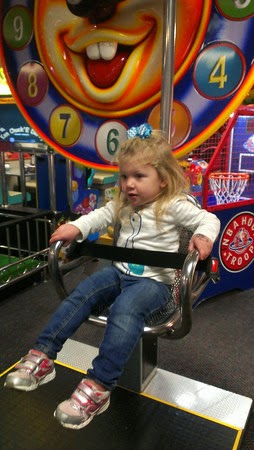 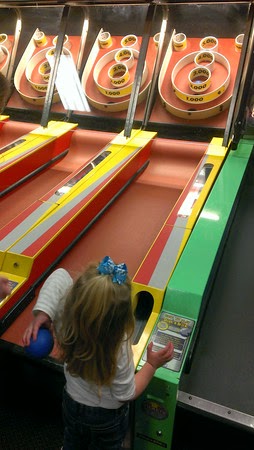 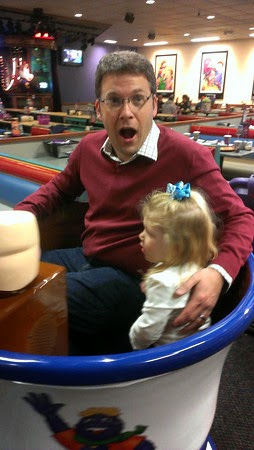 Will we be rushing back? Absolutely not. Did Puff actually get a real birthday dinner? Yes... at a local swanky steak restaurant the Saturday following his birthday. Don't feel too sorry for him for choosing to celebrate his actual birthday at a Bimmer-friendly restaurant. We definitely made up for it!
Posted by Gail at 8:31 AM
Email ThisBlogThis!Share to TwitterShare to FacebookShare to Pinterest